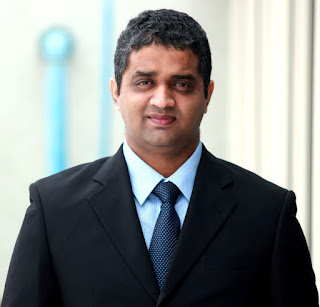 
The sole prerogative of governments around the world remained set on measures to improve healthcare and treatment facilities and ensure the well-being of the economy. Worries over a second wave of the pandemic continued to persist in various countries across the globe.

Gold
Last week, Spot Gold prices ended marginally higher by 0.2 percent, as uncertainties surrounding the pandemic raised worries of an elongated economic recovery period. This factor boosted the appeal for the safe-haven asset, Gold.
However, positive economic data generated by the two biggest economies of the world pointed to a revival in commercial activities and reopening of businesses, which limited the increase in the cost of the yellow metal.
As per the Institute for Supply Management (ISM), U.S. industrial activities surged to 52.6 in June’20 from 43.1 in May’20.

Crude Oil
Last week, WTI Crude prices surged about 6 percent amid falling U.S Crude Inventory Levels and aggressive production cuts undertaken by the OPEC countries.
As per reports from the Energy Information Administration, U.S. Crude inventory levels plunged over 7.2 million units in the week closing on 26th June’20.
However, the steadily increasing coronavirus cases amid a possible restart in Libyan Crude production limited the rise in the prices. This was accentuated by the heavy restrictions on air traffic in many parts of the world.

Base Metals
Last week, base metal prices on the London Metal Exchange (LME) were mixed with Nickel being the highest profiteer amongst the pack. The industrial activities undertaken by the U.S and China improved significantly in the month of June, which pushed up the base metal prices.
Dwindling industrial metals inventories on the Shanghai Exchange, coupled with an increase in metal prices were strong signs of revival in demand from China.
As per data from the International Nickel Study Group (INSG), the global nickel market surplus decreased to 8,800 tonnes in April’20 from a revised figure of 10,900 tonnes in March’20.
Moreover, tensions between the U.S and China continued to flare, with a controversial security law being passed in Hong Kong and the U.S continuing to point fingers towards China for its failure to contain the virus. This factor weighed on the base metal prices.

Copper
Last week, LME Copper ended higher by 1.0 percent as there was a severe supply distress in the Chilean and Peruvian mines, combined with an increase in demand from the top metal consumer, China.

It remains to be seen how efficacious the potential vaccine and treatment trials turn out to be. Meanwhile, countries have to tackle the ever-increasing problems of unemployment, starvation, and disease.
By Santosh Sahu
Share to: