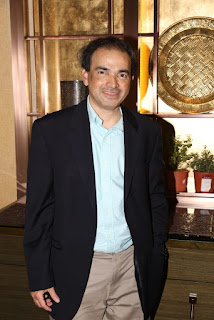 We were saying for weeks that the studies examining Hydroxychloroquine were small, imperfect, and incomplete. Well, the New England Journal Of Medicinehas published a bigger study now. For doctors, NEJM is as good as it gets. No benefit to the drug was found. Quick headline. But something didn’t seem right. There is one thing that it does not say. It was breathlessly reported that this medicine kills and has untenable side effects. If this NEJM study had shown that it made things worse for people, there would be nothing else on the US cable news.  It is like The Hounds of the Baskerville. Why the dog didn’t bark is also important.
It was used for symptomatic people who were hypoxic. Maybe it can be further studied by giving it to people early on in the disease, before symptoms arise. You test positive,you are explained the risks, and you are given an option to take one or a few doses.
ICMR in India had recommended it early, at least for health care providers. Everyone is puzzled as to why India’s cases are low. We have talked about BCG, weather, gutter immunity, early lockdown, cow dung, Whatsapp remedies,etc. Could the ICMR recommendation have had anything to do with it? Could it be that it protected the doctors, and that’s why they didn’t spread it? Even a governmental agency can occasionally do good work.
India has enough patients now. It can set up studies or try and do retrospective analysis to see if the drug has worked. To see Hydroxychloroquine work is the entire world’s wish, but India needs to wish it more.
It is cheap. It can be taken orally. Prescribing it needs supervision, but taking it is easy. Indians are used to taking it. Easy to produce. It is already available. We dispense the word game-changer like candy, but a development showing any effectiveness of Hydroxychloroquine would be a game-changer for India in particular. Especially if the peak is coming.

For the people who oppose any further consideration of the drug by citing the New England Study, I have 3 questions:

1) May it work differently in a tropical climate where many people have had malaria if given early?
2) Have you actually read the damn study?
3) Do you know that Hydroxychloroquine-treated patients were more severely ill at baseline than those who did not receive Hydroxychloroquine?

Let us be clear. I am not recommending that you take Hydroxychloroquine without talking to your doctor. HERO trial in the USA is still pending. There are 3 studies in which QT interval was shown to be prolonged and one study had shown increased mortality.

I’ll recommend a few things that India can do today (or likely could have done 2 weeks ago).

1) Remember the pharmacists were talking about potentially affected lupus patients who take Hydroxychloroquine. Those patients already take the drug. Why not make a registry of 1000 patients who already take that medicine and test them (the cost of the tests can be offset by the information gleaned or we can find an international sponsor for the tests) to see what is the incidence of COVID or symptomatic COVID in that population compared to the rest of thecommunity that they live in. This can be done in twodays.
2) For every one Hydroxycholoquine taking patient, take one age matched member of his or her family, and do a retrospective analysis of how many have had symptoms or tested positive. No new tests are required. It would require some grunt work but couldbe done quickly.
3) Take two Mumbai Municipal Corporation hospitals. Randomly select one hospital whose work force will take one pill of 400mg Hydroxychloroquine (the individual member will have every right to seek free medical consultation or to outright reject taking it) and have the other hospital’s work force takes nothing. Compare the infection rate after 3 weeks. Don’t even do any tests specifically, just look at the tests that you would have done anyway.

There are many such ideas, but I decided to allow myself to think about it, only while the teakettle comes to a boil.

Let us also talk about the QT interval on the ECG in a series of questions.

1) Would it be a good idea to do an ECG and exclude the people with prolonged QT interval? Yes.
2) Would it be a good idea to exclude people who take other cardiac medications or has cardiac history? Yes.
3) If you use it on thousands of patients, is it possible that someone may die due to related or unrelated cardiac arrhythmia? Yes.
4) Is it likely that after all this is over, the lawyers will come out searching for people who have had side effects? Yes. (And thank God, if the lawyers come out, that means it is definitely safe for the rest of us!)
5) Do the doctors and wide variety of other individualswho treat malaria patients with chloroquine in Indiacheck the ECG for QT interval prior to treatment? No.(Sorry, wrong answer. HECK, NO.)
6) If you showed an unmarked ECG tracing to 100 people who prescribe chloroquine in India, do you think at least 30 percent of them will be able to point out the QT interval to you? No.

Next, let’s examine the ICMR and its current recommendations.

I surfed their website: no information.
I emailed them: I’m still awaiting an answer.
I searched Google with the search terms ICMR Hydroxychlroquine: no hits.

India needs to rapidly embark on these studies, and private companies can do that. Why is India, a land of ingenious people who can jugad anything, waiting for other studies? The French study had 181 people in it. Imagine it, 181 people! The train I used to take to go to KEM used to carry more people that Napoleon’s entire army of Italy. Why was a nation of 1.38 billion zesty and smart people breathlessly awaiting a trial of 181 people from somewhere else?
What we could have done is neither here nor there. We can list what we can do now. And Hydroxychloroquine is justone topic; we can make plans for plasma, antibody testing, remdesivir, ventilators and the works.
Let’s get to work. Predicting that a tsunami is coming in 10 days is smart. Hunkering down at a random height without knowing how tall the Tsunami is is safe. (At least for 10 days!)
Doing something about it now is wisdom. I hope we embark on that path. Safe is good but it is not sexy. One of these days, we need to go out and meet this wave.
By Santosh Sahu
Share to: