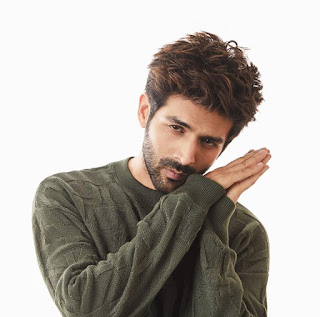 Shows and films on OTT platforms are proving to be a blessing in disguise in this lockdown period. And if there’s one series that is surely grabbing all the eyeballs is Kartik Aaryan’s hit chat show Koki Poochega. The virtual chat show has garnered huge fan following ever since it has been launched and last night the actor dropped its fourth and new episode on his channel on Youtube and packed with a surprise.
Kartik Aaryan had shared a teaser of the episode on his social media account and intrigued his fans that there’s a special surprise awaiting them in the episode. Well, the special surprise was Kartik Aaryan interviewing Farah Khan for a short while in the beginning of the episode. While the choreographer-turned-filmmaker usually sits on the hotseat and snow balls celebrities with questions, our Koki turned the tables. He decided to make a short call to the filmmaker and ask her about the plea she had made few weeks ago, where she had voiced her displeasure of celebrities and models posting their home workout videos. Kartik jokingly asks her about her plea and how will he get inspired if his industry folks don’t post these workout videos. Farah Khan who’s known for her wit and humour, tells him that she never asked anyone to stop working out but rather not to overflood their page and her feed with these videos as there are more important issues right now. Kartik Aaryan and Farah Khan share a sweet bond and the director-actor duo are always seen pulling each other’s leg. No wonder, Farah Khan advices him the best workout regime which leaves the actor in splits (check out the video, we don’t want to spoil it for you).
Farah Khan had choreographed Kartik Aaryan in the iconic song Ankhiyon Se Goli Maare in Pati Patni Aur Woh. The two since then have been quite pally and he’s often seen at her house-parties (in pre-social-distancing days). The whole idea of beginning the episode with the workout gyaan with this witty banter was because Kartik interviews health coach Luke Coutinho in his latest episode and he knew this would be the best way to kickstart his new episode. Luke Coutinho speaks about workout, sleeping patterns and how to keep calm in these critical times and yet again Kartik delivers a great episode.
Netizens can’t get enough of Koki Poochega. But the actor puts in a lot of effort and does a lot of research for each of his interviewee. With the spread of COVID 19, the superstar is giving his all to stand for the nation and fight the fatal virus through his show and enlighten the masses. He even pledged Rs 1 crore to the PM CARES Relief Funds and came out to be a true hero in the public eye. Now that’s one youth icon we’re truly proud of!
By Santosh Sahu
Share to: