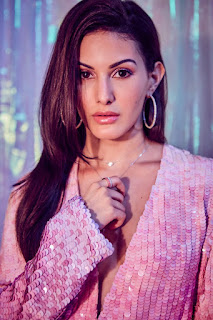 Amyra Dastur is all set to star in the hit Telugu film’s Hindi remake - Prassthanam. The actress we hear was roped in for the film as Deva Katta, the film’s director, seemed to be thoroughly impressed by her work in both Bollywood and down South.
The film also stars Sanjay Dutt, Jackie Shroff, Manisha Koirala and Ali Fazal. With such strong and senior performers, Amyra is making sure that no stone remains unturned in her performance and is giving her 110 percent in every scene. The starlet even shot for an intense romantic song with co - star Ali Fazal in the scorching heat with the temperatures going as high as 47 degrees. It was a super hectic schedule for Amyra since she was shooting in such unbearable conditions during the three-day shoot that they had. The song has been shot across many Historical monuments right from Fatehpur Sikri to Buland Darwaza, The Taj Mahal to Agra’s Red Fort, the production truly went all out over the 3-day long shoot for the song. With so much to shoot and so many places to commute to in a period of just 3 days, one can’t even imagine the kind of pressure and physical strain that must have gone into it!
The actress said, “This Shoot was definitely one of my hardest in terms of mental and of course physical intensity. I’m used to working in heavy conditions but the heat up North was truly painful to endure. Every minute under that Sun felt like I was being cooked. At some points Ali and I even found it hard to keep our eyes open as the sunlight was so harsh and blinding. I guess now we can have a laugh because the song was so romantic and we were just dying while shooting for it. I remember I even almost fainted quite a few times and the minute Brinda Master said it was a wrap, I was absolutely fatigued and my body was so strained and tired that I just sat in my car and passed out. But I know that this song is definitely going to make waves and it truly is a visual treat.”
Apart from Prassthanam, Amyra will also be seen in Kangana Ranaut and Rajkummar Rao’s Mental Hai Kay after which she has a line up of three other films - Made in China, KOI Jane Na and a Tamil film opposite Prabhudeva.
By Santosh Sahu
Share to: