Mehrama', Love Aaj Kal's latest song is about being lonely in a crowd 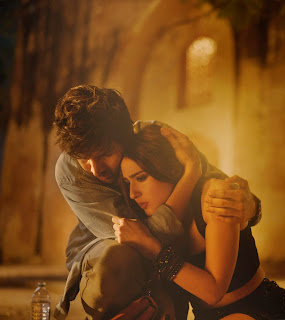 : The soundtrack of Imtiaz Ali's upcoming romance Love Aaj Kal has had everyone sit up and take note. It reunites Ali with composer Pritam and lyricist Irshad Kamil in celebrating the different facets of being in love. From Shayad, that celebrates the sweet innocence of first love, to the party track this Valentine Season - Haan Main Galat, there's something in the album for everyone.
The latest song, Mehrama, from this much-anticipated film, is a soulful melody that everyone can relate to at some level or the other. It is about feeling lonely in a crowd. It is more relevant than ever in today's world where everyone is in constant communication with others over different media and devices yet there's an inexplicable loneliness that one feels inside. In its simplicity the song finds a way to tug at the heart and tap into emotions that we can all relate to.

Talking about the song Imtiaz, who is both the producer and director of the film, says,"Veer and Zoe (played by Kartik and Sara) are modern day youngsters who find it difficult to mindlessly surrender to love like the previous generation, despite feeling very strongly for each other. The fear of making compromises, which they could regret later, makes them insecure. But moving away from each other brings more meaninglessness in their lives. Their minds are crowded by ambition, by so many thoughts and ideas, yet they feel lonely."
Producer Dinesh Vijan adds, "We wanted to create something that is relatable and soothing for the heart. Mehrama is a song that speaks to your soul. People today are constantly communicating yet hearing nothing. This song makes you pause for a moment and think; it makes you question, helps you lament and becomes your companion in loneliness."