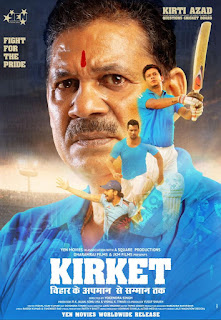 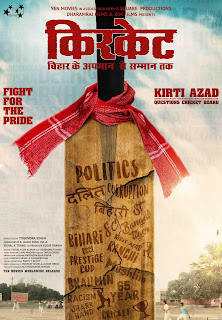 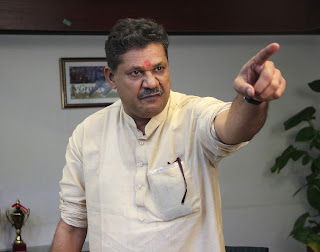 FILM KIRKET DEPICTS THE STORY OF BIHAR CRICKET & POLITICS BEHIND IT
Mumbai : The trailer of the upcoming Hindi film “Kirket” Bihar Ke Apman Se Samman Tak , has launched at the PVR ECX, Citimall, Mumbai. The Lead of the film former cricketer Mr. Kirti Azad and Atul Wassam were present along with Co-producer of the film Mr. Yusuf Sheikh at the event.
Mr. Kirti Azad, was a former Indian Cricketer and he was also the part of the Indian team that won the 1983 Cricket World Cup. Later he joined politics and was elected to Parliament on a Bharatiya Janata Party ticket from Darbhanga, Bihar. He served his third term in the Lok Sabha representing Darbhanga. On 23 December 2015 he got suspended from Bharatiya Janata Party for openly targeting Union finance minister Arun Jaitley over alleged irregularities and corruption in Delhi's cricket body Delhi and District Cricket Association.
“Kirket” depicts the story of Bihar Cricket and its starvation from playing the nationals till 2016. The film is a combination of Fact and fiction on the above topic. It narrates the struggle and achievements of our protagonist (Mr. Kirti Azad) for the same.
It’s the first time that any film is going to show the story inspired from true events of world of cricket in Bihar & politics behind it. Mr. Kirti Anand was the coach of Bihar cricket team and he himself playing his role in this film.
Under the banner of A square productions, Dharmaraj Films and JKM Films and produced by R. K Jalan, Sonu Jha, Vishal Tiwari, co-produced by Yusuf Sheikh. Film is directed by Yogendra Singh and written by Vishal vijay Kumar. Kirket has many original and new faces in the cast, which are Kirti Azad, Vishal Tiwari, Sonu Jha, Sonam Chhabra, Dev Singh, Ajay Upadhyay.
At the Trailer Launch of “Kirket” Mr. Kirti Azad said, “After the partition of Bihar, Players of Bihar used to get disrespected on the basis of their state or cast. Kirket is the film which will show you the 100% reality of those times and cricket & politics outside the stadium”. Film is ready to release this year in October.
By Santosh Sahu
Share to: