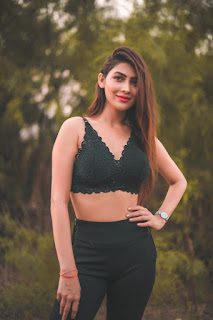 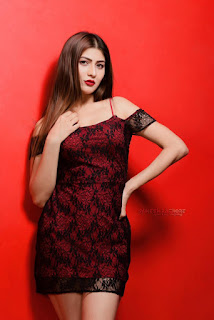 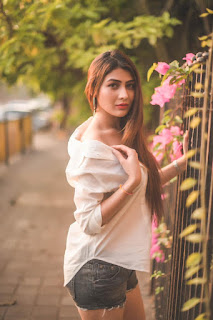 The emerging popularity of the digital medium as well as the music videos  have opened a lot of doors for several talented new comers who are keen on displaying  to the world their hidden prowess. One such new talent is Aayra Katre , who is in the news of late thanks to  the Punjabi  music video Rabb Varga Yaar which has been liked on the internet a lot to such an extent that the song is in every one’s lips these days.
The song has been crooned by the Punjabi legendary singer Manmohan Waris and Aayra Katre who has featured in the music video and hails from Bhopal says excitedly, “The song is laced in Sufi style which is heard very rarely these days but is able to touch the hearts of each and every one who has heard it and is in the style of Rahat Fateh Ali Khan, which is a blend of Sufi and classical music. The lyric of the music video has also been appreciated. It has been shot in exotic locales including Hawa Mahal, Jal Mahal etc in Jaipur. Rahul of Chandigarh, who has featured in dozens of videos in Punjabi has been teamed opposite me in the video.
The viewers have liked Aayra’s look as well as acting in the video and the song is scaling in popularity with every passing day. Aayra who has studied civil engineering has been keen on acting since her childhood, especially after she started watching Bollywood films and decided to take up acting and dancing. “Films have always attracted me a lot. I started with a beauty contest in Bhopal. I was the first runner uip in Miss M.P. India. My morale was boosted a lot when I held the crown in my hands and started acting in theatre a lot. I even played the lead character in a play and then started my trek to Mumbai where I did a lot of ramp walks and modeling.
Talking about her struggle in Mumbai, Aayra says, “I feel that every field brings its own struggle of a different kind but you have to struggle a lot more in films because everyone wants to become an actor or a model. I have come to this field with a lot of dedication as well as perseverance and hard work. Aayra who possesses all the sterling qualities that an actor ought to have, signs off.  “Priyanka Chopra inspired me a lot. Deepika Padukone is a role model for me. Right now besides acting in a few music videos, I am going through some scripts for some film offers and have also signed on for a few films which will be announced very shortly.
By Santosh Sahu
Share to: