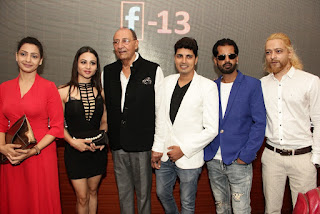 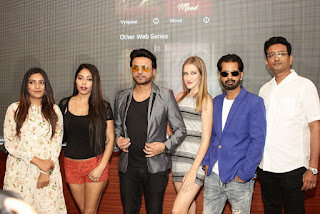 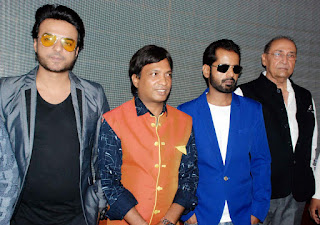 Looking at the tremendous popularity of various web series of late in Mumbai, producer Raj Bikana launched the teasers of not just one or two but four different web series. Raj Bikana also launched his App F 13 at the View at Andheri in Mumbai in the presence of several  celebrities from films as well as the fraternity of the media including Sunil Pal and Ramesh Goel. Raj Bikana said with excitement "Not only is my banner called F 13 Productions Private Limited but also tag line of my unique App is Aap Hai To Hum Hai
The teasers of the four web series which were unveiled were of Kabab The Taste of The Human, Vyaapar The Game of Business, Mood On Off and Virgin Love. While Kabab The Taste of Human, Mood On Off and Vyaapar The Game of Business are directed by Rajan Gupta, Bandita Das will direct Virgin Love.
Talking to the media, Raj Bikana said that Arman Tahil and Nazneen Patni will star in Kabab The Taste of Human while in Vyaapar The Game of Business, he himself will be seen with Avinash Kanoje, Yadeep Ciwari and Okashna. Mood On Off will star Swapnil Raut and Anjana Das while Virgin Love will star Trishala Bhagat and Komal Gholap.
Raj Bikana also reiterated that his production house F 13 Production Private Limited  will set out to give a break  to new actors, singers as well as music  directors and also added that besides producing various web series, his production house will also produce films in the near future.
By Santosh Sahu
Share to: