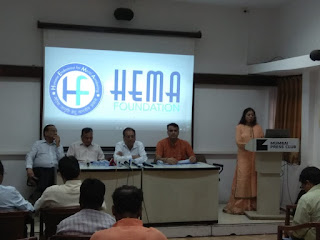 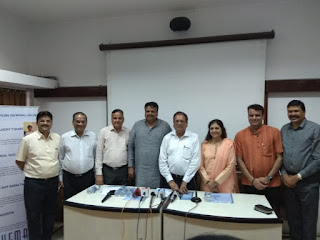 While keeping pace with 21st century humanity has been enduring myriad consternations, lighter and darker faces of coin have becomes symbolic of life, despite of humanity's effort to raise it above misery and poverty soical incongruity remains a dark reality and this is when humanity looks for a saviour who can redeem it from the sufferage of broken hearts, oddly placed family values, distorted social coehsions, evasing fabric of soical harmony and regressing positions of happiness humanity dears for. To absolve humanity from the pains of distortions and differneces Hema Foundations has been working in establishing values that can help soicety regain its panltimate objective of establishing values and happiness.
Founded in 25 June, 2015 in the fond memory of Mrs. Hema Kabra, Hema Foundation is destined to establish Human Values globally taking the cue from the great Indian cultural and Social Heritage. On achieving the aforesaid objectives Hema Foundation has established a life breathing intertwined network of requisite stakeholders of social values. It has got on board experts and established names like founder of RR Kabels Padmashree Rameshwarlal Kabra, National president Geeta Pariwar Sanjay Malpani, Founder President of IDF Dr. Anantan Ram Krishna Pillai, renowned author, speaker motivator Shiv Kheda, Research educationist Dr. Nagpal Singh, Famous Child psychologist Dr. Chinu Agarwal, Famous Film actor Padmashree Manoj Joshi and Mukesh Khanna, Child psychologist Dr. Harish Shetty along with founder chairman of Hema Foundation Mahendra Kabra and Creative Director Mrs. Anita Maheshwari.
In bid to achieve a pervasive success in human values Hema Foundation started with first link of society, Students, from there on to teachers than to families and society in establishing a successful model of imparting value education as formal education in depth research and activities were conducted to develop holistic and efficient content for which various experts of academic fields like Educationist, sociologists , psychologists were approached and roped in and with the efforts of entire Hema Foundation team today contents prepared and compiled by Hema Foundation stands at no parlance. Designed to percolate seamlessly in life styles of people concerned the contents of Hema Foundation are widely accepted and sought for in more than 85000 schools, colleges and universities. Toady dedicated team of researchers, academicians have been delivering relentlessly to the cause of human value establishment, and in doing so formation, compilation and implementation of contents relevance in 21st century aims importance for Hema Foundation , recently Garware institute of Mumbai University, Solapur University, Tilak Vidyapeeth Pune, MDS University Ajmer, University of Rajasthan Jaipur are running various certificate, diploma and degree courses on the contents developed by Hema Foundation.
To make it more compatible and relevant Hema Foundation has structured a branch uniquely dedicated to transform contents into highly creative films which are professionally directed, acted and choreographed by a dedicated team of professionals. This is how Hema Foundation has already produced value based thematic films on more than 45 values which has been telecasted and shown in various institutes and places though out India, here its pertinent to mention that films produced by Hema Foundation like Deena on the life of Pt. Deendayal Upadhayay was telecasted by Doordarshan.
To instill these values further in society Hema Foundation organizes and conducts various seminars, Workshops and extended camps throughout the country.
By Santosh Sahu
Share to: