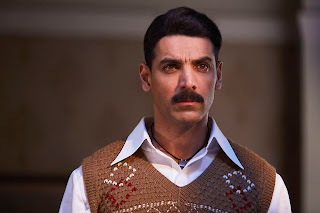 John Abraham starrer RAW (Romeo Akbar Walter) has become a highly anticipated film in a short span of time with 20 million views for its trailer! A gripping espionage thriller, the film is a salute to those who serve the nation behind enemy lines and yet remain nameless, faceless and are often forgotten.  At 16:55 on 16th December 1971, with the unconditional surrender of Pakistani forces, India decisively won the war establishing itself as the undisputed dominant force in the sub-continent. The Indian intelligence agencies played a crucial part in this decisive win. Saluting the valour of these brave men & women, the makers of “RAW: Romeo Akbar Walter” have released a song titled ‘Vande Mataram’ at 04:55PM today. The song is sung by Sonu Nigam and written & composed by Shabbir Ahmed.
Speaking on the song, Nigam said, “Romeo Akbar Walter is a tribute to the unsung heroes of India who serve the nation behind enemy lines and choose to sacrifice their very existence for the country. Vande Mataram for me is a song of reverence and has just the right amount of emotions to tug at your patriotic chords.
Nigam had sung a version of ‘Vande Mataram’ for Lage Raho Munnabhai in 2006, a song that had become a chart buster. His fresh rendition for RAW is timely given the current patriotic fervour sweeping across India.
Click here for the song : https://youtu.be/AEHVQf-_LLE
John Abraham Tweeted : https://twitter.com/TheJohnAbraham/status/1103618447961808896?s=20