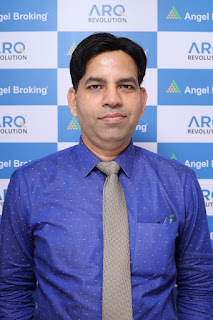 Infosys Ltd.
Infosys’ quarter 1 earnings for the FY21 exceeded the estimates across all fronts. As a result, shares of the company went up by 9.51% and traded at Rs. 910.00 in today’s trading session.

Cadila Healthcare Ltd.
The company received the USFDA approval for its SANDA  (Supplemental Abbreviated New Drug Application) named Doxycycline Injection USP, 100mg per Vial. The stocks of the company went up by 1.96% and traded at Rs.361.50 in today’s trading session.

L&T
Stocks of L&T went up by 0.80% and traded at Rs.919.50 after the company reported better than expected performance in the first quarter of the FY21. The net profit of the company, however, declined by 2.6% and the revenue fell by 2.1%.

Yes Bank
Stocks of Yes Bank went down for the sixth consecutive day by 6.36% and traded at Rs.19.15 despite the company made an announcement to raise funds by issuing fresh equity shares through its FPO.

Indian Rupee
Rupee ended marginally lower amid buying in the domestic equity market at Rs.75.19 against the US Dollar.

Gold
The yellow metal traded flat in today’s trading session with negative bias on the MCX. The movement in the price was supported by the rising number of COVID-19 cases and the trade tensions prevailing between US and China.