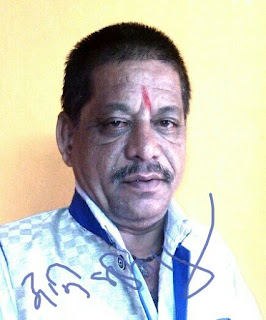 The Corona epidemic has made life difficult for everyone. The government has opened the lockdown to some extent due to the Work pressure .
Most of the factories / small, big industries have started to some extent. Everyone is worried about the Corona epidemic, but the economic situation has forced them to work.
With the launch of most of the industries, the economic cycle is going to turn, but showing films / dramas / spectacles / shows on all other stages, given the current situation, it will not be possible for anyone to work for a few more months.
If you read or hear the news today, you will notice that no one has any faith in the field of art.
One hundred and twenty-five to one hundred and fifty art celebrities are sadly misunderstood by the government and the media.
In addition to these celebrities,  lakhs people are working in various fields of art.  But no one knows their grief.
The artists / artisans in the field of art who are taking the society out of depression are themselves becoming victims of depression.
If there is a financial crisis in any business, the government announces a number of packages to alleviate it, in fact fulfilling them.
No one cares about the financial complexity of art as it is the only commercial sector because they see only celebrities ...
Considering the people in the field of art in Maharashtra, there is no help from the government.  The Government of Maharashtra also gives grants for films / plays / spectacles and other works of art but ... Considering films and plays alone, three and a half hundred works of art have not received grants for the last three years.  The situation of artists performing other arts is no different.
We are Hon. Chief Minister and Hon. We request the Minister of Culture to give cultural confidence to the artisans who have been affected by the Corona epidemic by immediately distributing grants to the Producers whose grants are pending or whose proposals have been submitted to the government.
There are many associations / associations / corporations in our field of art so the government does not consider the people working in the field of art as unorganized workers.
But the reality is very disappointing, no matter how many organizations there are, the artists are still unorganized.
During the Corona epidemic, some NGOs, social organizations as well as some philanthropists from our own business helped some people but it was very meager but very valuable at the moment. Now even their giving hands are tired for the sake of Nila.
If we look at it like that, we, the artists in the field of art, are very sociable and gentle as well as self-respecting, so we never do any movement etc. The main reason is to be unorganized.
We, the All India Marathi Film Producers Corporation, met the Chief Minister of Maharashtra, Hon. Uddhavji Thackeray and Hon. Amitji Deshmukh Saheb Ma. I have written to the Minister of Cultural Affairs twice and requested him to provide financial assistance to every artist / performer / performer in the field of art but he did not give any response or reply.
The government provides immediate financial assistance of crores of rupees to many farmers, storm victims, flood victims, natural calamities but they do not accept our financial demands.
The government has given permission to start work in the field of art but it is not certain that any shooting will start.
The shooting of the film will not take place as there is no use in making a film till the theater starts and even if the cinema starts, the sword of a coron is still hanging over the head, so it is doubtful how many viewers will watch the film / drama / spectacle or other show.
The reality is that it is not even possible to start shooting a television serial because the channel owners who are getting paid for the old artwork again, how will they spend on the new one.  Even if the television channel launches new episodes or serials, it seems unlikely to get advertisements as other industries in the community are closed.
Even now, the advertisements that are always seen on television have been stopped, e.g. Many advertisements such as cold drinks, ice cream, pizza, large vehicles, clothes, tire tubes are closed.
These commercials will not appear on television until the whole market is in order, so how can a new episode of the serial be shot if there is no revenue for the channel?
Realistically considering all these matters, we, the government, should deposit five thousand rupees each for the artists in the bank accounts of the artists in each other's fields. Please do not give financial help to any organization / association / corporation for that.
Also, those who are tired as well as films / dramas / spectacles and other grant proposals that have been submitted to the government should be given the entire grant immediately.
No bank or financial institution lends to artisans or artists because we are doing business for everyone.
My parents' government should understand the plight of the grassroots artists and give them a new lease of life.
We are always ready to entertain all the masses.
By Santosh Sahu
Share to: