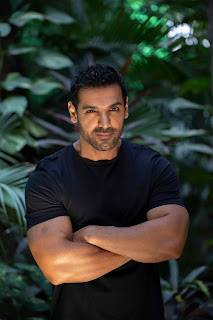 MUMBAI: John Abraham's JA Entertainment is all set to produce the Hindi remake of the blockbuster Malayalam action thriller - Ayyappanum Koshiyum. Directed by Sachy and starring Prithviraj Sukumaran- Biju Menon, the film received much praise and was a huge success when it released earlier this year.
John Abraham says, “Ayyappanum Koshiyum is an entertaining film that strikes a perfect balance between action, thrill and a good story. At JA Entertainmentwe are keen to bring such appealing stories to our audience. By doing what we do with dedication and focus, we hope to make a truly engaging film with this remake. This film also fits right into our future plans as we believe that the Hindi film industry will bounce back with efficient and entertaining projects soon after the Covid19 crisis.”
With Ayyappanum Koshiyum, JA Entertainment adds to its list of films across genres that have pushed the envelope, gaining both box office success and critical acclaim. Right from producing the genre defining Vicky Donor, to the slick action entertainers Rocky Handsomeand Force 2, to the political thrillers Madras Café and Parmanu: The Story of Pokhran, followed by the gritty Batla House, John has the rare ability to think like a producer but choose like audience which makes his bag of films sustainable and yet ground breaking.
By Santosh Sahu
Share to: