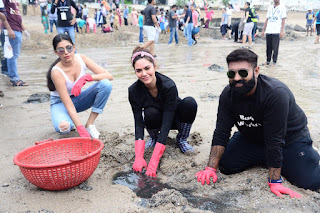 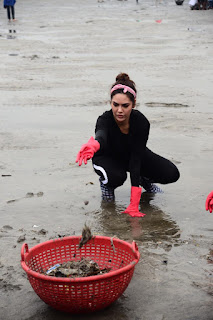 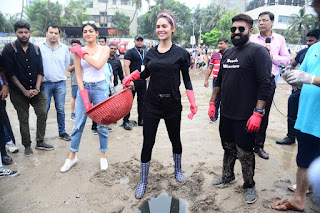 Actress Esha Gupta has always been vocal about protecting the environment and supporting such causes.
The talented actress, who often puts out messages on environment safety on social media, will be participating in the 100th week celebration of Dadar beach clean up.
The initiative has been taken by an NGO, which has been relentlessly working towards cleaning the Dadar beach from the last 99 weeks. They have managed to remove  200 ton of plastic so far.
Esha participated in a clean up drive of the beach, where she along with many volunteers, cleaned the beach, sending out a message to other citizens to be responsible about having a clean environment.
Talking about the same, the versatile star, who was recently seen in the film One Day alongside Anupam Kher says, “I think if we want to have a tomorrow, we need to start today, right now. As humans, just believing that earth is the only planet that can sustain life shows how egoistic we are. The only legacy we should want to leave behind is earth, as its suppose to be”
Not the one to be just preachy, a while back, Esha had also taken up a clean up drive of a beach in Bandra.