Meezaan & Sharmin Segal - the most promising young stars on the block 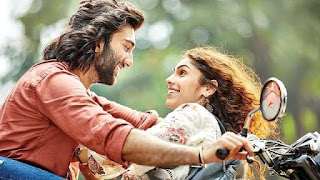 After being instrumental in the careers of some of the biggest stars including Ranbir Kapoor, Ranveer Singh, Deepika Padukone,Sonam Kapoor,Aishwarya Rai among others Sanjay Leela Bhansali , now launches Meezaan, son of Jaaved Jaaferi & Sharmin Segal his niece and granddaughter of acclaimed Mohan Segal with "Malaal".
The love story directed by Mangesh Hadawale , received an overwhelming response as the trailer went on to cross the 10 million mark on Youtube ,less than 48 hours from its official launch.
The popularity of the trailer speaks volumes for the kind of anticipation surrounding the promising future stars - Meezaan & Sharmin Segal , who chose to stay away from the limelight and instead spent 2 years preparing for their big debuts.
The results are for all to see , as the new age millennials have created quite a stir in the industry.
Comments acclaimed critic and trade analyst , ( Taran Adarsh) , " Meezaan & Sharmin look extremely promising. Despite this being their first film they seem extremely confident and well prepared. Sanjay Leela Bhansali has a keen eye for talent . He launched Ranbir Kapoor & Sonam Kapoor and also gave Ranveer Singh & Deepika Padukone some of their biggest hits so with Meezaan & Sharmin ,we are clearly looking at future stars.
Adds trade guru, (Komal Nahta/ Vajir Singh), " There was a lot of curiosity and intrigue surrounding these young actors as they weren't exposed so far at public events or social media. It's a welcome change to see young actors like Meezaan & Sharmin focus on bettering their craft and wanting audiences to appreciate them for their work.Sanjay Leela Bhansali has personally groomed them and we all know the kind of perfectionist he is, so Meezaan & Sharmin have a bright future ahead.
Gulshan Kumar and Sanjay Leela Bhansali present Malaal. Directed by Mangesh Hadawle and introducing Sharmin Segal and Meezaan, the film is produced by Sanjay Leela Bhansali, Bhushan Kumar, Mahaveer Jain and Krishan Kumar.
By Santosh Sahu
Share to: