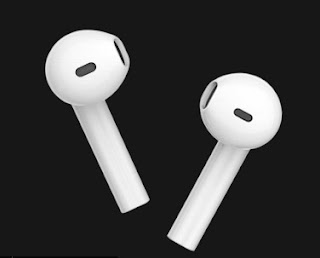 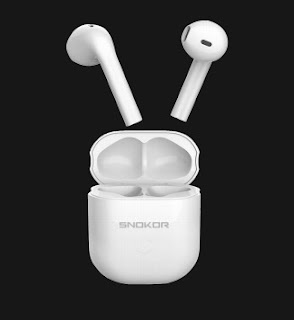 •  Backed by 500mAh + 35mAh*2 batteries, the earbuds are capable of offering upto 24 hours of playback time

Mumbai : SNOKOR, the newest audio brand by popular Hong Kong-based smartphone maker Infinix, is introducing a revolutionary new addition to its range of TWS for the upcoming festive season. The latest iRocker Gods has been ergonomically designed to reflect upon its brand DNA of style, passion, and emotion and is irresistibly priced at INR 1999.

The earbuds also come equipped with Bluetooth v5.0, which offers an enhanced range and stable & robust connection even in a congested environment. Users can enjoy HD calling through the earbuds and also automatically connect them by just opening the case. Both the buds come with independent chip design which makes switching between single or double earphone mode quite seamless. Meanwhile, the earbud case comes with a button that can allow the users to connect to a new device in double click and clear any paired list of devices at a long press of 10 seconds.

The lightweight earbuds weigh just 4.2 gm each fits snugly, which makes them ideal for prolonged usage especially if users want to binge-watch on their favourite series or listen to music on a long road trip without any discomfort. The IPX5 sweatproof and dustproof design of the earbuds also makes them a perfect training partner.

iRocker Gods comes with an Intelligent Touch Control feature that can allow the users to tap once for play/pause and twice for going to the next song. Meanwhile, the Google and SIRI voice assistant supporting earbuds allow them to control their phones using simple voice commands. One just needs to double tap to activate the voice assistant. Meanwhile, for calling, they can tap on either of the buds to once to answer the call and double tap to reject and end the call. The earbuds also have a dedicated gaming mode that can be activated on triple taps. This reduces the latency to 60 ms and ensures perfect synchronisation between audio and visuals.

Beautifully placed in a miniature white case that doubles as an LED charging cradle, iRocker Gods is equipped with 500mAh + 35mAh*2 batteries that offer up to 24 hours of playtime, the case can get fully charged at 5x speed in 2 hours whereas the earbuds can replenish its battery in just one hour. In a single charge, the earbuds can offer upto 4 hours of music playtime and up to 4 hours of talktime.

Commenting on the same, Mr. Anish Kapoor, CEO, Infinix India said, “With a copious number of players venturing in the Indian TWS market at present, the competition may have escalated in the second quarter of 2020 with a 656 per cent y-o-y growth, but the segment continues to hold immense growth potential. SNOKOR has already been delivering a premium and immersive sound experience to the country's young consumers through its range of TWS in the sub 2k category to cater to every need and style. After receiving a great response for our iRocker Stix TWS and Snokor iRocker earplugs, we are now here to delight the consumers with our third TWS entrant ahead of this festive season. The all-new SNOKOR iRocker Gods is a solid performer with its several category-first features. It will further augment our portfolio of wireless audio range for the users eyeing superior sound quality, seamless connectivity, and intuitive experience.”

The new iRocker Gods TWS earbuds also come with an advantage of one year warranty and will be available on Flipkart from 15th October, 2020 onwards.

Founded in 2013, Infinix is a brand from TRANSSION Holdings, one of the world’s largest smartphone manufacturers and a leader in emerging markets globally. The brand has a presence in 40+ countries across emerging markets of Africa, Latin America, the Middle East, South and South- East Asia. It was listed among the Top 30 most admired brands in Africa in a listing released by the British business magazine African Business. Infinix has already launched a number of devices in India, including SMART 3 Plus, S4, S4 Variant, S5, S5 Lite, S5 Pro, Smart 4 Plus and phones in its HOT series including HOT 7, HOT 7 Pro, HOT 8, Hot 9, Hot 9 Pro and Hot 10. Recently, Infinix launched Note 7 smartphone in India. Additionally, Infinix has also entered the Health, Wellness and Lifestyle accessories domain and has already launched a comprehensive health parameter-monitoring device, Infinix XBand 3 along with Band 5. Infinix has also introduced iROCKER, its first truly wireless earbuds, Stix and BassDrop wired earphones under the brand, SNOKOR. Infinix manufactures phones from the company’s manufacturing facility in Noida, which identifies in spirit with the ‘Make In India’ initiative. Infinix devices are retailed on the Flipkart platform in India