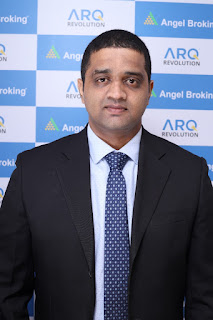 Worries over the second wave of Covid-19 cases attracted investors towards the safe haven gold while denting the demands for Crude Oil and Base metals. The bleak economic outlook further undermined Crude Oil prices. China’s robust economic data was overshadowed by rising COVID-19 cases, limiting the gains in base metals.

Spot Gold ended higher by 1.13% amid hopes over further stimulus aid by the U.S. The rising number of COVID-19 cases further increased the appeal for the safe haven, gold.

The first presidential debate between the U.S. President Donald Trump and his Democratic rival Joe Biden became a brawl. The investors were thus charged to take shelter under the U.S. Dollar.

Dollar-denominated gold remained under pressure after the U.S. Dollar witnessed its worst month in four years.

A robust increase in China’s industrial activities in September’20 reflected an improvement in overseas demand. A boost in investors’ risk-appetite limited Gold prices.

Though the yellow metal’s demand was dented by President Donald Trump’s report of fast recovery after being tested positive for COVID-19, however, the alarming rise in the new cases supported the Gold prices.

WTI Crude ended lower by 8% in the last week as worries over the second wave of the Covid-19 virus dented the demand outlook for Crude among investors.

A rise in COVID-19 cases continues to act as a major setback for the global Oil market. The reinforcement of lockdown in many significant economies of the world further undermined Crude Oil prices.

OPEC is reluctant to increase Oil production from January 2021 to counter weak demand prospects. Moreover, the rise in export from Libya and Iran, despite production cuts induced by OPEC, has further weighed down the liquid gold prices.

However, the hopes of further stimulus aid by the U.S. might limit the fall in Crude prices.

Base Metals on LME ended in the green in the last week as the U.S. and China posted strong economic data. However, the prices were kept in check by worries over the second wave of Covid-19 cases and weak demand prospects.

Base metals recovered after hitting record lows in March’20 after China’s robust economic recovery and massive stimulus infusion by the global central bank. However, the industrial metal prices were kept in check by the lack of any concrete signs of global economic recovery.

According to the National Bureau of Statistics, China’s official manufacturing Purchasing Manager’s Index stood at 51.5 in September’20. China’s industrial activities have gained momentum resulting in development in overseas demand.

LME Copper ended higher by 0.45% and closed at $6553 per tonne as China’s factory activities expanded. The rise in LME Copper prices was, however, limited by the increase in LME Copper inventory.