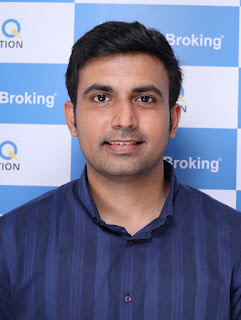 Japan experienced a second wave of coronavirus cases since the start of July and the country saw its peak of the second wave on 3rd August with daily cases rising to 1998. Since then cases has been on a declining spree and currently the country is experiencing around 500 cases per day.

Meanwhile, Japanese government upgraded its view on exports, factory output and employment in its September economic report but the overall assessment of the economy remain unchanged.

Factory orders rose for a straight third month in August to 1.7 percent boosted by rebound in production of automobiles and car parts as well metal products.  Demand among Japanese global trading partners and especially China has come off lows seen earlier during the year when the virus forced governments to impose lockdowns that hurt the global trade production.

In line with the current expansion the Ministry of Economy, Trade and Industry of Japan expects output to rise by 5.7 percent in September and 2.9 percent in October.

However, with the second wave of virus still around consumers and businesses remained cautious, so the government downgraded its view on consumer spending and business expenditure in its monthly report.

Employment rate is gradually picking up in the economy but the overall situation still remain bleak.

BOJ’s Governor Haruhiko Kuroda also expressed his uncertainty over the country’s economic and price outlook as the virus continues to inflict pain over global growth.

Kuroda said the economy is likely heading towards a moderate recovery but he stressed the Central bank is ready to maintain the range of measures to put in place to ease corporate funding strains and increase monetary support if needed to cushion the economic blow from the health crisis.

Earlier BOJ had expanded its stimulus in March and April by ramping up asset buying and creating new lending facilities but have kept policy funding steady since then.

Risk sentiment across the globe is possibly swaying back and forth on the back of virus vaccine news and its estimated release date. Central banks across the globe has been inducing liquidity into the markets and this has led to major riskier assets rallying in the last few months.

A rally in riskier asset class can get difficult to sustain without solid economic recovery. So any further dip in economic recovery can lead to surge in demand for safe haven assets such as Japanese Yen.

On the other hand Japan is seeing some sort of recovery in its Industrial production and its exports but consumer spending continues to remain dampened on account of fear of the virus. According to IMF data as well Japanese economy is expected to contract by 5.2 percent in in 2020 and then subsequently grow by 3 percent in 2021.

Considering the uncertainties around the timing of the vaccine, Yen demand is likely to remain in focus in the coming months.