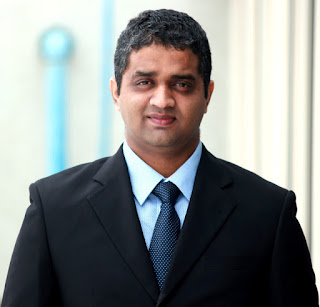 The main concern of world governments remained set on how to restart manufacturing and production units and ramp up testing and safety measures at the same time. A second and more potent wave of the coronavirus loomed ominously over the possibility of a quick return of the world economy to a state of normalcy.

Gold
On Wednesday, Spot gold prices ended marginally lower by 0.04 per cent to close at $1727 per ounce. The rates of the U.S Dollar started to improve significantly, which made the yellow metal expensive for other currency holders.
Despite this, the decreasing prices were limited after the U.S Federal Reserve Chair Jerome Powell announced that interest rates would remain low for the coming months.
The Bank of Japan announced stimulus and infusion packages worth 1 trillion dollars which limited the downfall in the price of gold. Furthermore, a surge in the number of coronavirus cases, especially in some provinces of China, may boost the costs.

Crude Oil
On Wednesday, WTI Crude prices ended lower by 1.09 per cent to close at $38 per barrel as new cases of the coronavirus erupted in many parts of the world.
Furthermore, the U.S Crude Inventory levels rose by around 1.2 million barrels which further reduced the prices due to weak worldwide demand.
The downfall in Crude prices was limited as the International Energy Agency (IEA) increased its forecast for Oil demand to 91.7 million barrels per day (BPD) which is 500,000 BPD higher than its projection in May’20.

Base Metals
On Wednesday, base metal costs on the London Metal Exchange (LME) ended positively as positive economic data from many countries coupled with an increased hope of a potential vaccine supported market sentiments.
Central banks around the world announced decisive measures and tools to combat the recession-like conditions. These measures further supported the base metal prices.
There has been a resurgence of the pandemic in Beijing with more than 100 new cases being reported in the past week. This has led to increased restrictions on movement once again.

Copper
On Wednesday, LME Copper ended higher by 0.72 per cent to close at $5770 per tonne as removal of lockdown related conditions and stimulus packages unfurled by central banks around the world supported the prices.
Nations will have to cope with the second wave of the disease outbreak and tackle high rates of unemployment. There are glimpses of a return to the status quo around the world, and the world economy is expected to recover soon.
By Santosh Sahu
Share to: