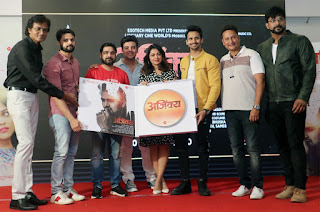 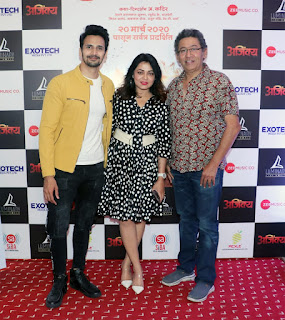 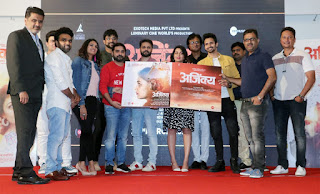 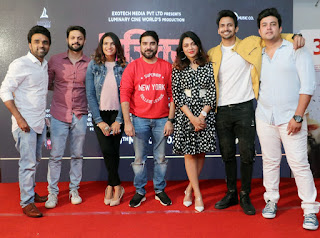 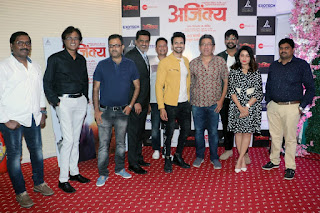 “Ajinkya” is invincible even with songs riding the hearts…
More than Teasers and Trailers,
Film songs are becoming the FIRSTLOOK
– Rohan Gokhale, Music Director

“Ajinkya” has become a hot topic for verbal discussion as also for the scintillating music. The topics presented are close to the hearts of the youth and the film eminently represents young generation through the struggle of “Ajinkya” riding on waves of modernization as well as speed. Produced by Luminary Cine World and presented by Exotic Media Pvt. Limited, “Ajinkya” will be releasing all over Maharashtra on the 20th March 2020. Produced by Arunkant Shukla, Raghavendra K. Bajpeyi, Neeraj Anand, Babalal Shaikh, Rahul Londhe and Ved P. Sharma, “Ajinkya” has a story, screen play, dialogues and direction by A. Kadir. The Music for the film has been set by eminent music director Duo Rohan-Rohan.
Speaking about the film Mr. Rohan Gokhale said, “Songs from films are seen and liked more than a teaser or a trailer of the same and the songs are now becoming the FIRSTLOOK of the films as well. This means that as Music Directors we are also equally responsible for the film with Producers and the Director. Audiences now are very particular about the words as well as garnishing of music for them. When music of such caliber reaches the audiences, the response from them is truly significant for Music Director. We are confident that all four songs from “Ajinkya” will bring a truly positive response for us. Set in different moods, these songs create an easy passage of the story of the film. Romantic song “Algad Algad” penned by Lyricist Kiran Kothavade is sung by Rohan Pradhan and Meenal Jain. A motivational song “Swapnaanna…” in well modulated tone and rendered by Rohan Gokhale has been written by Jay Atre. Another one is an item song “Majhe favorite rao” written Jay Atre has been set with lilting tunes and sung by Prajakta Shukre. An emotional song “Aata tari bol naa…” by Manoj Yadav has been sung by Suraj Jagan and Swapnil Bandodkar.
Cinematography for the film has been handled by Madhavraj Datar and Deepak Pawar, Editing by Rohit Mhatre and Vinayak Konde and Background Music by Salil Amrute. Umesh Narvekar is Associate Director and Sachin Yadav is Executive Producer, Sachin Patil has handled Art and Arjun Gaikwad has directed the dances in the film. Drapery has been handled by Anuja Jaiswal and Make-up by Sunil Shedge. With a superb blend of scintillating music and songs as well as a strong story “Ajinkya” will be in theaters on the 20th March 2020 to win the hearts of audiences.
By Santosh Sahu
Share to: