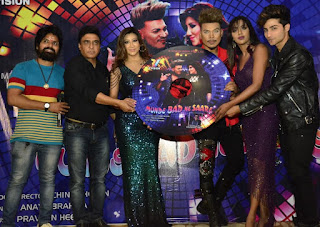 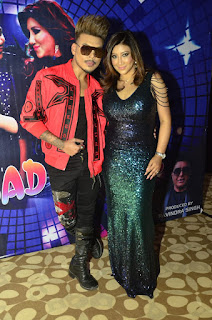 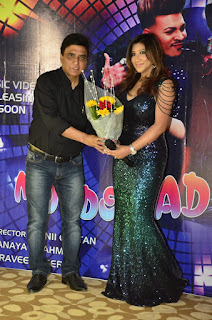 Music album 'Munde Bad Ne Saare' by R Vision Private Limited was launched in the cinetheque preview theater of Sahara Star Hotel in Mumbai.
Singer Anaya Brahma said on the occasion of the music launch that,"I have sung a Punjabi song for the first time, this has been possible with the support of composer Praveen Heera. I felt the lyrics and filling of the lyrics before the song. Then producer Ravindra Singh ji praised after recording. He gave me this special opportunity. He is a sincere person".
Anaya told that during the rehearsal before the shooting, she also got tired and sick but later everything became comfortable. At first Ishaan got nervous seeing her dance and then soon there was a good rapport between us.
The Tik Tok star Ishaan and Anaya are in the lead role. He is from Chandigarh and is a winner in India's Got Talent. He has also presented the irresistible Kamasutra performance in front of Karan Johar and Malaika Arora on Colors Channel.
Ishaan reached the music launch event with his girlfriend Preeti. He said that suddenly one day he got a call from R Vision and he went straight to the set, Ravindra sir trusted him. His lyrics and music impressed me a lot. Ravindra ji took the decision on the spot and they started shooting.
Video director Chini Chetan said that ,"Ravindra Sir keeps giving opportunities".
Producer Ravindra Singh says,"the Chini Chetan is a diamond". They have a lot of talent and always innovate. Anaya is a very talented singer as well as she learns any genre very fast. He has also excelled in acting with singing. The video has become even more spectacular with the arrival of Ishaan. So far this song has got seven lakh views on YouTube. With this, Ravindra has also announced the next album with Ishaan and Preity.