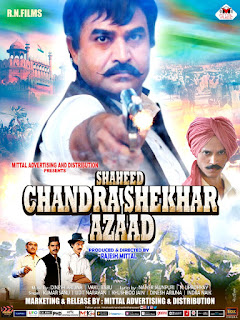 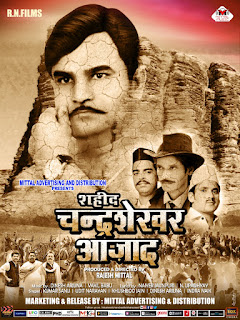 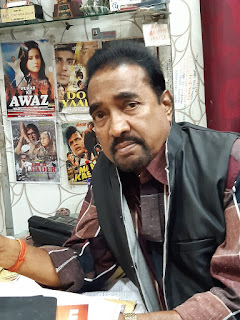 MUMBAI: Veteran filmmaker Rajesh Mittal is ringing in the new year with an historic potboiler "Shaheed Chandra Shekhar Azaad".
It will be this years' second historical drama after Ajay Devgn's "Tanaji- The Unsung Warrior" and Mittal's third one from his repertoire after "Birsa Munda - The Black Iron Man" and "Jhansi Ki Rani Laxmibai". Rajesh Mittal completes 40-years in this film industry and this is 41st film as a maker.
Rajesh Mittal's "Mittal Music" released the audio and the first look of the film on Saturday 11th January 2020.
The film has 4 songs. Dinesh Arjuna and Vakil Babu have provided the musical scores. The Lyrics are penned by Naiyer Jaunpuri, N. Upadhyay and Rajesh Mittal himself. The songs are rendered in the voices of Kumar Sanu, Udit Naryan, Khushboo Jain, Dinesh Arjuna and Indra Naik.
"Shaheed Chandrashekhar Azaad" has been shot at major actual and picturesque locations of U.P. like Banaras, Lucknow, Allahabad, Agra and many others including Jharkhand, Ranchi and Mumbai," says producer - director Rajesh Mittal. He further adds, "From his young age, say at the tender age of 12 he took on the ordeal against the Englishers for freedom. In Kanpur Kalyan Ashram he joined hands with Ashfaque Ullah Khan, Pandit Ramprasad Bismil, Rajendra Lahiri, Govind Prasad and many others and formed a party called - 'Hindustan Republic Association'. There are many important aspects like train robbery, assembly bomb blast and other hair-raising incidents to secure freedom. Chandrashekhar also meets his counterparts like Bhagat Singh, Rajguru, Sukhdev, Batukeshwar Dutt, Bhagwati Charan Verma and other freedom fighters."
The film highlights basic issues of freedom fighters who laid down their lives to achieve freedom for the country. "Where they honoured, received any help from the rulers or were they deceived in the wake of their rising popularity in their freedom fight", is what the film all about.
Elucidating about his huge historical drama "Shaheed Chandrashekhar Azaad", Rajesh Mittal says, "The film is based on true and untold facts of this great Indian revolutionary leader. I have gone through more than 50 books before writing the screenplay and dialogue. I have proved it at the censor board also and the film has been passed with an "UA certificate. The duration of the film is 147: 28 minutes and as a film maker have done full justice to it."
Produced and directed by  Rajesh Mittal the film has a mix of strong power-packed performers from stage, theatre group from Jharkhand and Bollywood like Hemendra Singh (in title role), Pooja Khushwha, Rishabh Raj (Bhagat Singh), Anil Nagrath, Brownie Parasher, Arun Mathur, Urvashi, Sukhpal Sidhu, Pushpa Verma, Chandan Kashyap, Ranjit Bihara, Rajesh Kumar Sahu, Jharna Chakrawarthy, Atul Dixit, Jitu Soni, Dev Dutt, Anil Dhawan (Chandrashekhar's father) and many others in its starcast.
Co-produced by Nirmala Paul, the film has screenplay & dialogue by Rajesh Mittal,  cinematography by Ramu Yadav and Ashok Chakrawarthy, action by Vimal Anand Nagi, choreography by Bhoopi, Rajesh Mittal and Praveen, art by K. Pappu & Nirmala Paul and editing by Amrendra Gaud in its major credits.
Arun R Mittal is the Executive Producer.

Mittal Advertising and Distribution will be releasing the film on 24th January 2020 pan India in more than 300 screens.

One Hindi film "Zindagi Ban Gaye Ho Tum" with Arshad Warsi, Aditi Gowatrikar with lyrics by Yogesh and music by Nikhil- Vinay is in the pipeline of release.
As a film distributor he has a chain of more than 1500 screens all over India and has released more than 110 films in a span of 10-years. He is associated with film production trade bodies like IMPPA, FMC and WIFPA and find ways out to help any deserving filmmakers.
By Santosh Sahu
Share to: