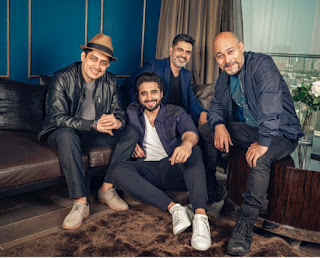 After shaping the pop culture through their super hit films across 90s and launching some of the biggest stars in Bollywood, Pooja Films has signed talented filmmakers including Rahi Anil Barve, Vijay Lalwani and Nitin Kakkar to build on their brand of high-on entertainment & content-driven films.
“Just like in the game of chess, in showbiz too content is the queen and it can move in any direction, changing the game in just one move,” says Jackky Bhagnani, as he prepares to lead Pooja Films into its next phase of growth.
"Times have never been better for good content, and it excites & challenges me to see great work happening across mediums – be it films, digital or TV. In fact, it is heartening to see some of our films get massive organic hits on the OTT platforms. Just goes to show that our connect with the audience has been intact over the years, and we hope that this bond gets only stronger with our new line up” concludes Jackky.
Excitingly, Pooja Films has already announced two big projects this year namely -Coolie No 1 starring Varun Dhawan and Sara Ali Khan, scheduled to go on floors this August and Jawaani Jaaneman starring Saif Ali Khan and Alaia F which is already on floors in London.
By Santosh Sahu
Share to: