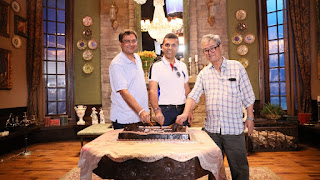 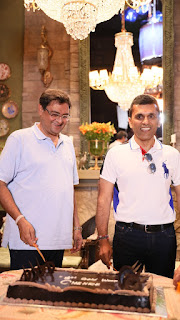 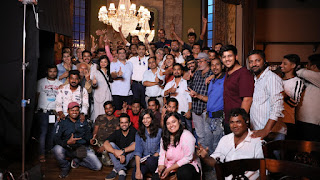 The Amitabh Bachchan- Emraan Hashmi starrer completes shoot
Anand Pandit's much awaited 'Chehre' starring Amitabh Bachchan and Emraan Hashmi, directed by Rumi Jaffrey has wrapped its shoot 4 days earlier from the actual planned date!
Due to efficient planning and a strategic shoot schedule spearheaded by the makers, the film has completed its shoot in advance, with the post production stage to begin. The film has already piqued our curiosity with an innovative look of Mr Bachchan, revealed on social media.
Says Producer Anand Pandit, "Yes, we have finished our shoot 4 days earlier than the date we had planned for. It has been an exhilarating experience and I would like to thank the legendary cast and my entire team for the successful completion. Looking forward to the post production and the release!"
Chehre' is produced by Anand Pandit Motion Pictures & Saraswati Entertainment Private Limited. Anand Pandit  Motion Pictures has been at the forefront of successful cinematic ventures such as Pyaar Ka Punchnama 2, Sarkar 3, Satyamev Jayate, Bazaar and the recent blockbuster Total Dhamaal.
The film also stars Kriti Kharbanda, Rhea Chakraborty, Siddhanth Kapoor, Dritman Chakroborthy and Raghubir Yadav with Annu Kapoor.
Chehre releases on 21st February 2020.
By Santosh Sahu
Share to: