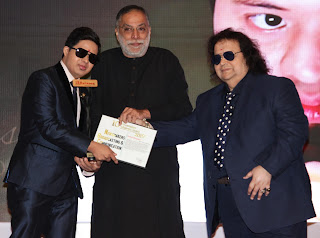 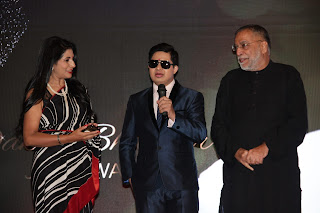 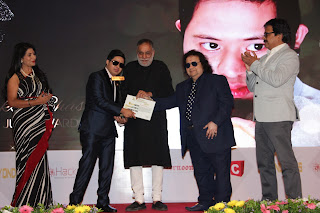 Daksh Bhaskar, who won his goal by competing with the challenges, was awarded by 10th Newsmaker Achievers Awards, 2019.Daksh Bhaskar was honored with the Super Dancing Star title and received the award by the famous music director and composer Bappi Lahiri and business cum environmentalists Dr. Vitthal Venkatesh Kamath in the award ceremony held in Mumbai. During the award ceremony, his father Rakesh Bhaskar and mother Sangeeta Bhaskar were present at the stage to support the fame of Daksh. The Newsmaker Achievers Awards, 2019 was organized at the Yashwantrao Chouhan Centre where Daksh Bhaskar was awarded for dancing star award under jury category.
Life was not so easy for Dancing Star Daksh Bhaskar, who rules the hearts of the people today. Daksh Bhaskar is a special child, who was born with a chromosomal disorder that causes severe physical and mental handicap. Parents took necessary care of him and provided him desired support to grow. Gradually, Daksh who was very shy and introvert in the beginning became a loving, caring, affable  and optimistic young boy who is full of energy and jest for life. In this challenging journey so far his parents gives credit to his class teacher Ms Sajjini, Salman Khan the super star and the Television.
On this occasion, Daksh Bhaskar said that dancing is his biggest passion. His parents play a vital role in his success. His mother Sangeeta Bhaskar said, "Our first objective was to ensure that Daksh does not feel that he is a special child. Being a mother, it is my duty to ensure Daksh does not depend on others for his day-to day activities like eating food, wearing clothes or keeping his stuffs organized. We started to inspire him for all, we do not consider Daksh as a special child rather we consider ourselves to be special parents that God has chosen us to raise such a child. Special love and patience are two necessities to understand these children.
In this evening where success was recognised and awarded, singer Asha Bhosale, Pandit Ajay Pohankar and actress Mausamy Chatterjee were awarded with the Lifetime Award. Ankita Lokhande, Social Worker and Politician Vinod Tawde, Comedian Kiku Sharad, Navya Singh, Rajesh Shringapure and other prominent personalities were also honored in various categories.
His natural dance style impresses every one. He on request has performed in different functions. He was invited by Delliwood the organizers of Mr and Miss Delliwood Pageant in 2017 and 2018. He was also invited to perform in the Bright Outdoor Media Pvt Ltd sponsored award ceremony in NSCI Mumbai in 2018. He also danced in Bandra West in the grand program Spirit of Hopes 2018 organized by AdvAshish Shelar and Capt Allwyn Saldanha. Daksh has his own YouTube Channel db Vlog that may be called first by any special child in India. Daksh is also fond of exercise and goes to gym on regular basis. This keeps him fit and maintains his positive attitude. Daksh is an achiever and his life conveys a message to all those parents who have a special child. The message is that every child has potential so parents should neither over protect nor ignore them. Your support and care would cause miracles.
By Santosh Sahu
Share to: