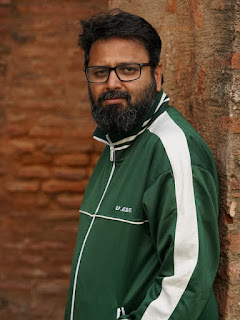 Having directed some of the most successful and critically-acclaimed films, Nikkhil Advani likes curating films for Baro Film Nights – an occasion to screen films that need a wider audience than that which has been given to them during its release.
Interestingly, Nikkhil has shown various films before at the Baro Film Nights including Mukti Bhavan, Anaarkali of Aarah, Nude, S Durga, Manto and also had the pleasure of the cast and crew available to interact with film audiences.
This time, Nikkhil will be showcasing filmmaker Sudhir Mishra’s Hazaaron Khwaishein Aisi, scheduled on 25th May in Mumbai. The movie’s cast and crew including director Sudhir Mishra, producer Pritish Nandy, music director Shantanu Moitra, writer-lyricist Swanand Kirkire and actors Chitrangdha Singh and Saurabh Shukla will be present.
Nikkhil informs, "I am really thrilled to be able to showcase Hazaaron Khwaishein Aisi as it's a film that truly deserves the title classic. Baro Film Night is basically an occasion to screen films that need a wider audience unlike given during it's release. I am really looking forward to audience interaction post screening as it's going to be one super night open for all.
By Santosh Sahu
Share to: