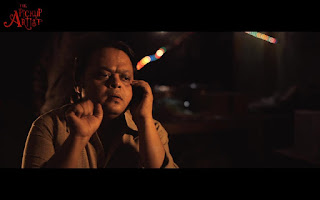 “The Pickup Artist”, a Neo-Noir Feature Film directed by Rohit Arora, has been selected to be a part of the World’s Oldest Independent Film Festival, Worldfest Houston which discovered the likes of Steven Spielberg (Director, Jurassic park), George Lucas (Director, Star Wars) , Ang Lee (Director, The Life of Pi) , David Lynch (Director, Mulholland Drive), Coen Brothers (Director, Barton Fink) and Francis Ford Coppola (Director, The Godfather).
“The Pickup Artist is an edge of the seat thriller that has an immense repeat value”, he believes. “Everytime I watch the movie in special screenings, I see an unexpected new layer unwrapping out of nowhere. I am really proud to be a part of the project. It is not only a movie, it is a unique experience that will leave it’s flavor until long after. With New York Premiere scheduled in June, right after it’s World Premiere in Houston, the film is already making waves internationally.”
Lokesh Mittal, being a seasoned actor, has shown his versatility in many Bollywood movies which includes Sui Dhaga, Brij Mohan Amar Rahe, Chef, When Obama Loved Osama, Kadvi Hawa and upcoming movies Setters, Yaar Jigri and Anya to name a few.
The actor started his acting career with theatre about a decade back and has carved a niche in a short span of time.
Popularly seen in many commercials on TV, the actor considers his character in The Pickup Artist as the comic element the balances the dark mysterious tale narrated in a unique point of view style.
The Pickup Artist is produced by Roar Picture Company and is due for domestic release this year.
By Santosh Sahu
Share to: