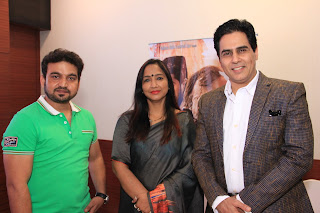 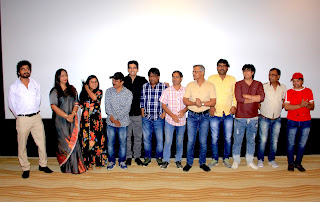 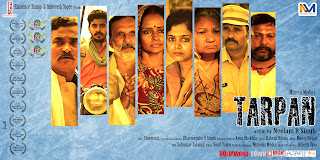 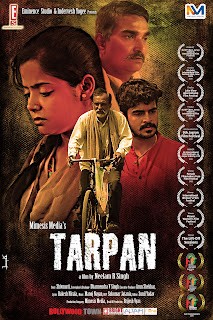 Mumbai : After receiving appreciation and 28 awards in national and international film festivals all over the world, the film Tarpan is now ready for release in cinemas.
On the occasion of international women’s day, the director Neelam R Singh’s Hindi film Tarpan’s trailer has been launched at the View, Mumbai. Under the banner of Eminence Studios & Mimesis Media, the film tarpan supports the participation of women in all areas of society in today's time. No other day is suitable to show the remarkable journey of a woman. Today the women have left no stone unturned in any field. Lets see the world through a woman’s perspective. The film shows a lot of emotional and social aspects of the women in society, so director Neelam R. Singh chooses International World Women's Day to launch the movie trailer.
On this occasion, the producer and director Neelam R. Singh was accompanied by the special guest Aman Verma, actor Ravi Bhooshan, Shaleen Bhanot, Ravi Gosai and film presenter Indervesh Yogee were present.
Nand Kishore Pant, Sanjay Sonu, Rahul Chauhan, Abhishek Madrecha, Poonam Ingale, Neelam, Vandana Asthana, Arun Shekhar and Padmaja Roy will be seen in the lead roles in the film. This film is based on the novel of the writer Shivamurthy, screenplay and dialogue are written by Dharmendra V Singh. Lyrics written by Rakesh Nirala have been composed by Manoj Nayan. Sukumar Jataniya is the cinematographer and Sunil Yadav has edited it. The background score of the film has been prepared by Sanjay Pathak.
Tarpan is basically made from the word tript, which means satisfying the other. The literal meaning of Tarpan is to offer water to satisfy the spirits of gods, sages and ancestors.
The film Tarpan's story is very sensitive. The young woman of the village Rajapatiya who belongs to lower caste is tortured by a high-caste Brahmin boy Chandra. This incident becomes a political issue. In the absence of witnesses, Chandra gets bail from the court. Local politicians explain to Rajapatiya's brother how revenge can be taken.
On this occasion, director Neelam R Singh said that "I always wanted to make a film which touches not only the mind but also the soul. The story of the movie tarpan is very close to my heart. The film clearly shows, in this society, the social evils between the upper caste and the lower caste. It also arises the question as well as message for the human values among the audience.
Tarpan is all set to het Cinema on 12th April 2019.
By Santosh Sahu
Share to: