Aakanksha Sakharkar wants to enter in Bollywood from Marathi Industry 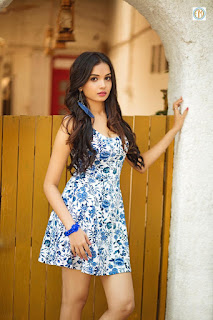 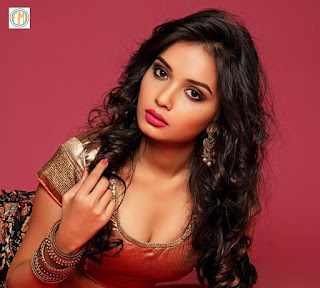 Today the digital revolution has created a unique space in the film industry where there is no distinction between the language, Small screen or for that matter the big screen at all. Actors from other languages and platforms are now entering Bollywood, including several actors from the South as well as the Marathi films. AAkanksha who has acted in Marathi  films , TV serials and ad films is now desirous of making her transition from Marathi to Hindi film Industry too in a big way.
Hailing from Nagpur, AAkanksha is settled in Mumbai for the last three years and used to take part in plays in school and college, besides working on the stage as well as ad films for four years. She has also acted in the Marathi film Bhala Manoos as well as played the lead opposite Chinmay Udgeerkar in the Marathi film Anjana. While in Nagpur, Aakanksha has acted  in over 100 plays and participated in street plays enacted for Women against crime. AAkanksha has also walked as a ramp model for ramps and modeled for water purifier as well as matrimonial ad, besides several promotional videos.
A Miss Nagpur Queen, Akanksha has also won  the Beauty Skin Crown at the Vardhman Fantasy event. Aakanksha has also emerged as one among the top 20 in Maharashtra Times Shrawan Queen contest in 2017. AAkanksha who has acted in Asa Sasar Surekh Bai aired on Colors is now acting in the TV serial Bheti Lage Jiva on air on Sony Marathi in the parallel lead of Swara and is happy with the response she received in the social media for her performance in the serial. "The day  I appear in an episode ion the serial, I get a lot of phone calls of appreciation but one the days when my episode is not telecast, my fans call me to tell me that they miss me. It's a big compliment for me. the biggest advantage of a serial is that  it reaches each and every household in Maharashtra whereas  a film is watched not by many especially if people do not catch it up on the week of its release in the theater.", says the 23 years old young girl.
AAkanksha's focus right now is films and acting in Bollywood is her prime motto. Priyanka Chopra and Deepika Padukone are role models for AAkanksha who does not want to quit acting in Marathi films as Marathi is her mother tongue. "Whenever I feel the urge to do some spectacular feat, I always remember Priyanka Chopra as I am amazed by her and also seek inspiration from her journey from rags to riches in Bollywood. Besides Priyanka, I also admire Deepika Padukone and follow her too," Akanksha signs off.
By Santosh Sahu
Share to: