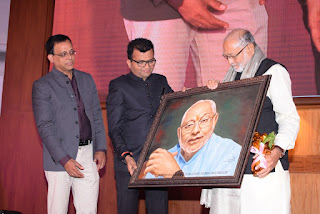 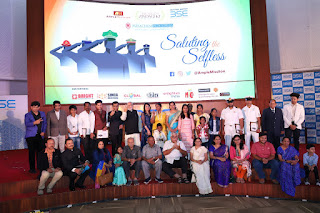 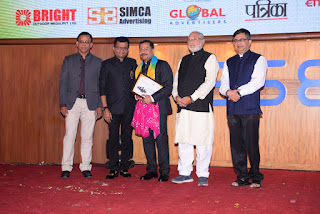 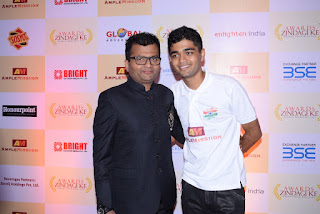 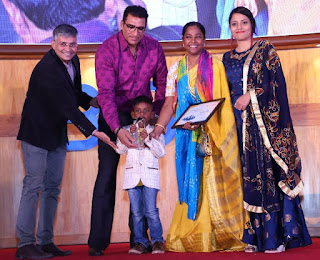 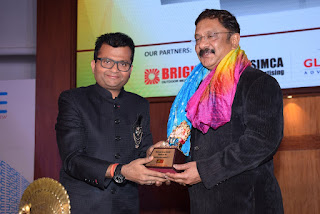 Mumbai- Nationa’s Safe-keepers, our Armed Forces who are dedicated in the service of our Motherland, Army, Navy, Air Force, Coast Guard, Police and Fire Brigade personnel. These men in uniform, are the true Bravehearts who sacrifice their own life in defence of our nation. Ample Missiion through their unique award show ‘Awards Zindagi Ke’ had taken the noble initiative on behalf of the people of India in honouring these heroes of real life.
A true patriotic person Dr Aneel Kashi Murarka has dedicated his life towards nation building, humanitarian work and developmental social initiatives for people of all caste and creed. Like the previous years this year too Dr Murarka along with his Team Ample Missiion have done a grand and successful event worth the effort, our Prime Minister Shri Narendra Modi’s brother Shri.Shri Prahlad Modi graced the function as Chief Guest. Shri Prahlad Modi immensely praised Dr Aneel Kashi Murarka for his efforts in honouring the Martyrs families and stressed the need for national unity and integration as a important factor for safety of our country. He re-iterated that the Govt.Of India should increase the salary structure of the Armed Forces Personnel and it should be at par with Member Of Parliament.
Underprivileged students from various schools of Malad-Malwani presented some spellbinding dance performances at the event and also did a Fashion Show, displayed their creativity outfits on ‘Best out of Waste’ theme!
Awards Zindagi Ke honoured 15 Martyrs/ Living Heroes, families , These Bravehearts came from across from different corners of the country to receive the Award. This is definitely an unique programme and was held at famous Bombay Stock Exchange Auditorium, Mumbai attended by well-known Film & TV actors and Corporate Big-wigs and Senior Officers from the different Armed Forces.
By Santosh Sahu
Share to: