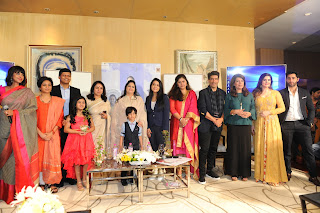 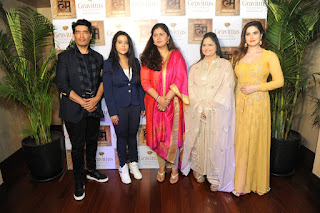 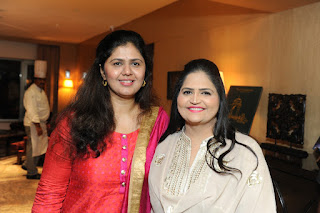 Udne Do ' .
Mrs. Usha Kakade – Chairperson of OSR Ventures and Founder of Gravittus Foundation, has been actively working towards welfare driven activities since 2011, primarily the cause of child sexual abuse.
One of her Foundation’s initiatives ‘Good Touch Bad Touch’ tackles the major issue of child sexual abuse and so far they have been successful in spreading the message across 6 lakh students out of which almost 2.70 lakh students have been covered. With the aim to reach out to many more, Usha Kakade has come up with an inspiring short film, Udne Do, starring actress Revathi as the school principal.
Produced by Gravittus Foundation and directed by Aarti S Bagdi, the makers of Udne Do had invited special dignitaries and distinguished guests from various walks of life to launch the trailer of Udne Do on 16th November including Mrs. Amruta Fadnavis, Vice President -Axis Bank, Pankaja Munde-Palwe (State Minister for Rural Women and Child Development), designer Manish Malhotra, Zareen Khan, Lara Dutta and Usha Kakade's daughter in law, Devika Kakade. The cast and crew including Revathi and child actors were also present.
Based on the topic of Good Touch Bad Touch, the short film is touted as an eye-opener for the parents thereby creating more awareness regarding child abuse among them.
After Nirbhaya  case ,Usha Kakade spearheaded the campaign calling it as good touch bad touch in over 6000 government schools. While no one so far has spoken about the cause yet, Gravittus Foundation is credited to be the only one working tirelessly towards the same.
Usha Kakade informs, “The objective of Good Touch Bad Touch is to create and spread awareness amongst school children and parents to make them understand about issues related to their safety and security. During our interaction with the kids, we got to know some really disturbing stories and facts and to eradicate this issue, we came up with a short film, Udne Do that aims to reach out to more children and their parents and make them more aware. It’s an ode to those innocent dreams. Let them soar, let them fly… UDNE DO.
She adds, "Having worked for the cause over several years and interacting with various faculty members of the educational institutions across the country, I've understood that we need to create more awareness among the parents and teachers and this was possible through the medium of cinema. As they say charity begins at home, similarly we have to make ourselves aware first and later the society at large to make the society a better place to live in.
Amruta Fadnavis says, "Udne Do deals with an important and sensitive topic which is also the need of the hour. 53 percent of children between the age of 5 to 12 are being sexually abused. Their lives are being tortured by the nightmares they have to face. So it's very important to create awareness and Udne Do is the best medium besides social media platforms.
Revathi says, "I really appreciate USK Foundation to give Aarti the freedom and space to make this film. When I heard the script, I was worried whether the film would be made the way it should be. I think movie is a great medium that helps create good awareness. I am sure that this film will leave a mark and will educate and make aware the parents and educational institutions. We need to know and understand our children well so that we could aim for a better society and the country at large. We need to give them a safer world so that they can fly with their dreams.
Pankaja Munde says, "The ratio as suggested by Amrutaji is quite disturbing. It's a good sign that people have started talking about it and coming forward to expose the heinous crime but there's law to protect. I think the children are too young to understand good touch and bad touch. More than knowledge, we should provide them with protection.
Aarti S Bagdi says, "Usha Kakade has been working on the subject of Udne Do for a long time. We have read about the issue of child abuse but not really talk about it. There are two people who shape up a child - parents and teachers. While Ushaji's Foundation works with schools, we thought of creating awareness through the medium of cinema. The movie also highlights the power to speak up. I'm glad the entire team came passionately towards the cause and helped us to make this film.
Designer Manish Malhotra says, "It's been around 3 years that I know Usha ji. She is certainly the person for various causes and we have been speaking about it as well. We should have spoken about the cause few years back which we didn't but I'm glad we are speaking now. We need to instill positivity, faith and hope in our children and make them feel that there is good touch as well.
By Santosh Sahu
Share to: