THE DARK SIDE OF LIFE - MUMBAI CITY brings city at halt 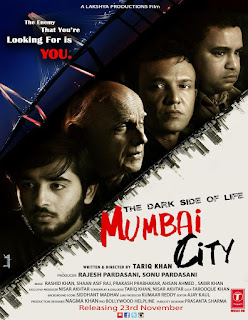 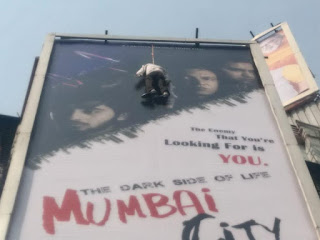 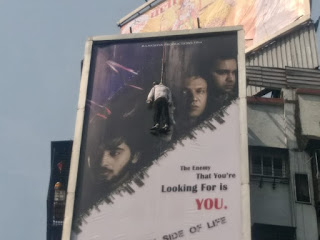 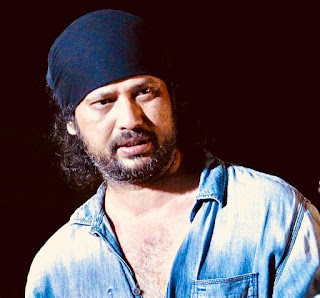 For the first time in the history of Bollywood, a production house Lakhshya Production held its road show for its upcoming movie *'The Dark Side Of Life: Mumbai City'*. An innovative Promotional exercise, the event was attended by its start cast at Adarsh Nagar Signal, near Oshiwara police station on link road in Andheri West.
"It is an eye opener for Mumbaikars who are so involved with the daily hustle bustle of a metro life that they are unaware of the impending unfortunate events which could occur in our city lives," said producer Rajesh Pardasani while reminding us of the tragic events surrounding Jia Khan and Pratushya Bannerji.
Director Tariq Khan puts it plainly, "Hopelessness and despair is one such state of mind which creeps deeper into our minds without us realising about such a parasite growing within us which all of a sudden brings one into a situation of being cornered in life which brings rise to suicidal tendencies in a human being. Our film delves into the subject and even if it succeeds in bringing a single soul to normalcy, would be a winning moment for us." This is relevant in present times even with the recent example of a senior law enforcement officer committing suicide.
The soul-touching songs are rendered by Jubin Nautiyal, Amit Mishra, Mohammed Irfan, Altamash Faridi and Aftab Hashim Sabri. Principal cast of the film includes Mahesh Bhat, K.K Menon and Nikhil Ratnaparkhi who are supported by Avi, Gul Sayed, Deep Raj Rana, Neha Khan and Alisha Seema Khan among others.
"The film deals with such tragic consequences those which could have been avoided with a balanced mind of an individual which is most lacking in our city lifestyle," mentioned Naghma Khan of Shaaz Media Entertainment and the project designer of this film.
'The Dark Side Of Life: Mumbai City'* is releasing on 23 November across cinema halls nationwide.
By Santosh Sahu
Share to: