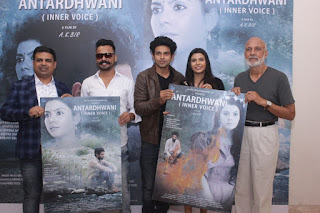 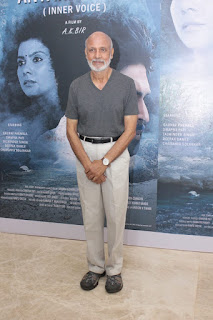 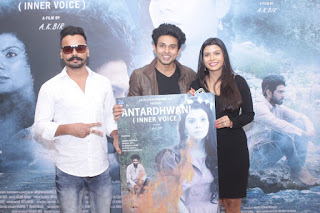 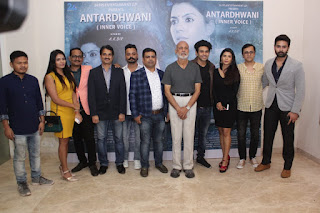 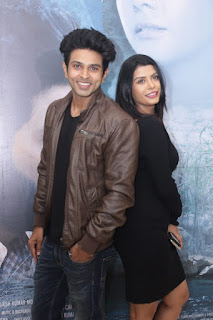 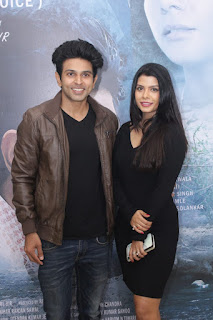 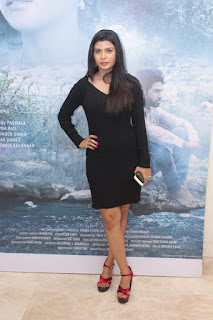 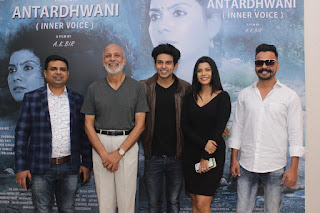 Presented by 24 FPS Entertainment LLP and produced by Rajesh Kumar Mohanty, Antardhwani (inner voice) is helmed by National Award winner director A.K. Bir. The international film will start its journey to several film festivals soon.
The team launch the poster with much grandeur. Star cast of the film Gaurav Paswala, Swapna Pati, Talwinder Singh, Deepak Damle and Chaitanya Solankar graced the occasion.
Director A.K. Bir says, “We intend to sent the film at the international arena. We hope the film will have the world premiere at Berlin Film Festival. The seed of this film was sowed four years ago when I was reading some chapter that triggered me to developed the script.
Actress Swapna Pati addressed the media and said, “When the script came to me, my inner voice allowed me to do this film. I am playing a double role in it named Shalini.”
The lead actor of the film Gaurav Paswala says, “Its a very different subject and I am sure that people haven’t seen anything like this so far. It is relatable to the audiences as well.
By Santosh Sahu
Share to: