1000+ People Ran to promote fitness in Beardo - Thon in Mumbai 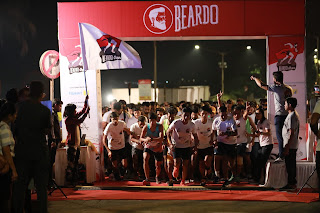 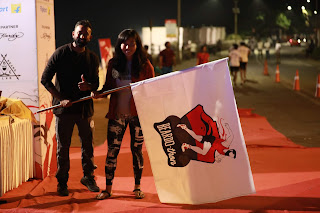 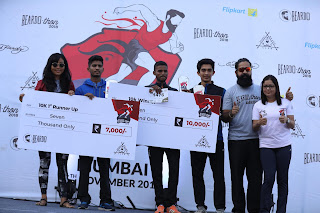 Beardo-Thon India’s 1st run for men’s health kicked off with its season 2 powered by Beardo witnessed 1000+ people participating for a cause. In its second edition this year, Beardo-Thon aims to put the spotlight on men's health and cancer.
Over 1000+ people including men, women and youngsters ran for the cause to promote healthy lifestyle practices in a 10 km and 5 km ‘Beardo-Thon’ which kicked off from Mumbai, Lands End, Bandra, Opposite Mannat at 5:30 am on Sunday. The event was hosted by Bharat Beard club a CSR initiative of Beardo which has been working towards improving Men’s health and raising awareness on early prevention of cancer by organising such marathons across the country.
The marathon was flagged off by Vishal Singh, President, Bharat Beard Club. The event also witnessed Actor Miland Soman’s wife Ankita Konwar being part of the Marathon.
Beardothon Season 2 was organized in Chandigarh, Ahmedabad, Delhi, Pune, Bangalore and the final event took place in Mumbai.
According to Vishal Singh, Founder and President, of Bharat Beard Club – BBC, “The need of the hour is to motivate people to make the right choices, live closer to nature and focus on living a fulfilled life instead of a fast one. We introduced Beardo-Thon to encourage people to do the same and are looking for a great amount of participation from each city.”
Beardo has also teamed up with local gyms which helped them cover a 360-degree aspect for health and fitness with a special focus on raising awareness of cancer. For the first time in India, each participant will be given an organic medal made from fine jute.
Co-founder of Beardo, Ashutosh Valani opined, “Beardo-Thon as a property was introduced to create awareness about Men's health and fitness. We are taking the second season to encourage more people to run and raise awareness about the importance of leading a healthy lifestyle. Beardo-Thon is for everyone who believes in being a contributor and extending their support for the cause - running for the greater good!”
“By being a part of this event, our main aim is to educate people about prostate cancer and the importance of early detection and treatment modalities. Through Beardo-Thon, we want to raise awareness amongst people about the importance and necessity of leading a healthy lifestyle. Every little choice made in the course of the day brings people closer to or takes them away from cancer. At Beardo-Thon, anybody can run, you don’t have to be athletic to run, support and determination is all you need. Beardo-Thon has been one of our major marketing initiatives so far and it has proven quite effective; the responses we received in our first year of Beardo-Thon encouraged us to expand into 6 cities for our second season” said Priyank Shah, Co-Founder, Beardo.
Winners for each event were given the following Prizes:
10km Race:
Winner – INR 10,000 Cash Price + Gift Vouchers & Goodies
Runner-up 1 – INR 7000 Cash Price + Gift Vouchers & Goodies
Runner-up 2 - Gift Vouchers & Goodies
5km Race:
(Each Participant to receive - T-Shirt, Medal, Certificate, Refreshments, BIB)

Beardo is also celebrating the No Shave November campaign under the name of #Grovember #DumpTheRazor.
About Beardo:

It all began in 2015 when co-founders Ashutosh Valani and Priyank Shah discovered that the men’s personal grooming sector was largely untapped. And with that, they launched their first products – the Beardo Beard Oil and Beard Wash, under the brand name of ‘Beardo’.
Today, Beardo has a strong presence on all the major e-commerce platforms and the website sees the traffic of about half a million people every week.
The season 1 of Beardo-thon saw an unexpected response from the audience. A surprising number of people came forward to extend their support for the cause.
Visit On - https://www.beardo.in/