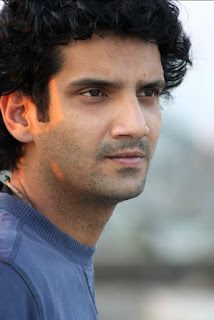 What is common between ''Udaan'', ''Lootera'', ''Shaitaan'', ''Gulal'', Raazi'', ''Bhavesh Joshi Super Hero'', and ''Gangs Of Wasseypur 1 & 2'' ?  Well,  the sound designing of all these films was done by Kunal Sharma. In the 20 years of his illustrious career of sound designing for around  50 films he contributed in the sound department. The quality of his work and knowledge in sound  is evident from the fact that he won prestigious national award for Amrit Sagar's war drama ''!971'' and IIFA award for ''Devdas'' and Filmfare award for ''Udaan''.for sound designing. .
Regarding the sound in Hindi cinema he says,'''cinema is audio visual medium. but the sad part is not much attention is paid to.sound. It is the sound which makes emotional or comic scene effective. Without the use of sound the characters on screen are unimpressive. Sound plays very important role for the lasting impression of a character yet in Hindi films this department  has a long way to go.. No budget or time is spared for the sound in films.due to the attitude of ''Jo Dikhta hai Woh Bikta hai''. Today as the Hindi films are competing  with Hollywood so now the important of sound is  felt and this is really good sign for Hindi films and for people like us associated with sound business of films''.
Kunal joined  sound department when he was 20 years old. He became an assistant to Suresh Kathuria at Sunny Super Sounds and learned the ropes of importance of sound in films. In those days Dolby was newly arrived and DTH was knocking the doors of Hindi films. Kunal learned all the tricks of sound and impressed by his skills Anurag Kashyap gave him first break in ''Paanch''. The film got shelved but whosoever saw the film got impressed with Kunal's job and thus he started getting offers. He did many films for Anurag Kashyap and Vikramaditya Motwane and also did Sanjay Leela Bhansali's 'Devdas'. These poles apart films speak the volume of his mastery in sound.
Kunal knows that due to  his job he remains unsung hero of the film. but he has no regret for it. He says,'' people go to see the film on the name of artists and director. but when they come out and say they liked the film i know i have done my job successfully..My job is to make the film likable. II a particular scene in the film fail to attach the audience it means i am failed as sound designer. Our job is to create such an atmosphere with sound that audience should glued to screen only.''
To do justice for his job Kunal asks for script first so that he can understand the mood of the film and it's each character and then creates  the sound accordingly..He is happy that nowadays the new crop of directors know the importance of sound in films and this will bring new change in sound of films. "The day is not far away when the this audio visual medium will have same importance of audio with visual'' he says confidently..