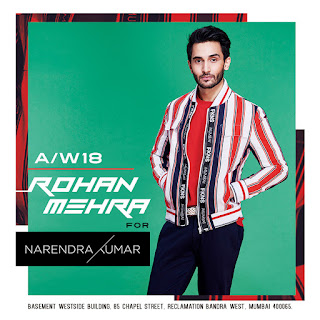 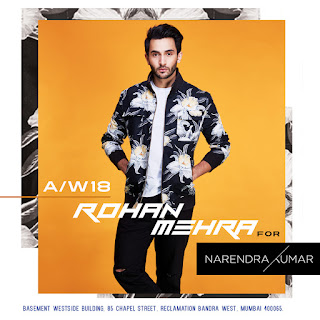 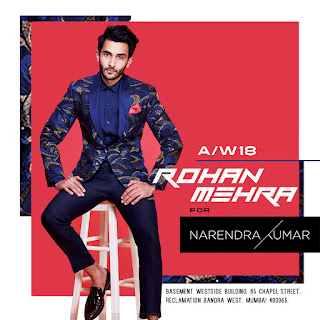 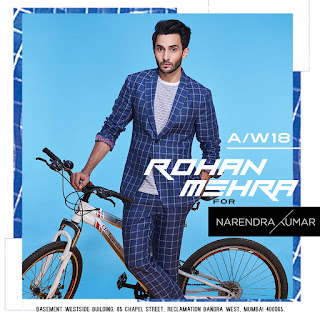 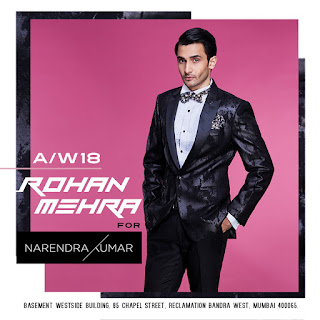 Actor Rohan Mehra who is all geared up for his debut film 'Baazaar' alongside Saif Alia Khan, Radhika Apte and Chitrangada Singh has already bagged his first brand campaign. The budding actor is seen in a new campaign for Narendra Kumar Ahmed's Menswear Fall/Winter'18
"He exemplifies the typical young and modern consumer who identifies with luxury fashion and style", says the Mumbai based designer.
Rohan wears a variety of distinct clothing ranging from beautiful floral prints and striking silk embroidered tuxedos to FKNS jacket with the classic tennis stripes and the trending suit with window pane checks in luxurious linen.
Rohan Mehra says, “  It brings me great joy to announce my first brand association with ace designer, Narendra Kumar. Fashion to me is the ability to feel good, and yet look stylish in what you wear - this is what the AW'18 collection is all about. Its vibrant, young and very comfortable. Nari has been synonymous with fashion - and his collections, symbolic in the industry for many years. I feel extremely blessed that he has given me the opportunity to be the face of this new collection. Looking forward to sharing it with all of you “
Atul Kasbekar , MD Bling Entertainment Solutions and CMD Elipsis Entertainment says, “ We are hardly surprised that Rohan Mehra was picked up for an ad campaign even before his film debut
With his affable good looks, lean fashion friendly body and pedigree it was only a matter of time
Bling is delighted to have been instrumental in closing this deal with Narendra Kumar, one of the leading voices in Indian menswear. “
Nikkhil Advani adds, “We at Emmay Entertainment are proud to support Rohan Mehra in his endeavour to bring a fresh new look and voice to the brand. With his scintillating charm and infectious enthusiasm, Rohan has already established himself as someone who can bring vibrant energy to any pursuit.”