Indranee Talukder beauty from Assam, Guwahati, who has done film's in Regional languages like Tamil, Telugu and Magahi, is also active in Bollywood. After appearing in film 'Latif', opp Nawazudin Siddiqui, is now coming in "Aparichit Shakti" opposite Rajpal Yadav, which is releasing soon.
Indranee has acted in film's like 'Latif', 'Majnugiri' & 'Deven Misir', which was appreciated by cinegoers, beside this she is also coming in 'Horror Love Story's and 'Freinds Forever', recently she has acted in film 'Khandala Night' based on Acid Attack, beside this Indranee has done many regional films.
Indranee is very excited about "Aparichit Shakti", where Rajpal Yadav is in double role, one character is a simple young boy, where Gunjan Pant is opposite him, other one is a character who gets some unknown power, where Indranee plays a important role in his life. Film is a Psycho Drama and will spellbound the cinema lovers. 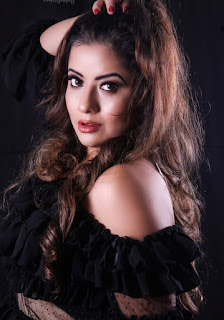 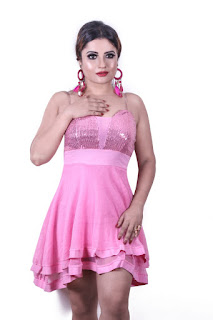