The trailer of Veerey Ki Wedding released today and the makers of the film promise that it will tickle your funny bone. The quirky comedy, starring Pulkit Samrat, Kriti Kharbanda and Jimmy Shergill, is written by Dilip Shukla and directed by Asshu Trikha.

The trailer of the film gives us glimpses of the amazing chemistry of the two lead actors Pulkit and Kriti and the hurdles that they face before they unite in marriage. The trailer received a great response from everyone present on the occasion. Not just that, people are also excited to see what Kriti and Pulkit have in store for us for this movie.

The movie is a family entertainer with music from the Meet Brothers that will make it to every party and wedding song playlist. The movie also features Satish Kaushik, Supriya Karnik, Rajesh Bakshi and Yuvika Choudhary in pivotal roles. 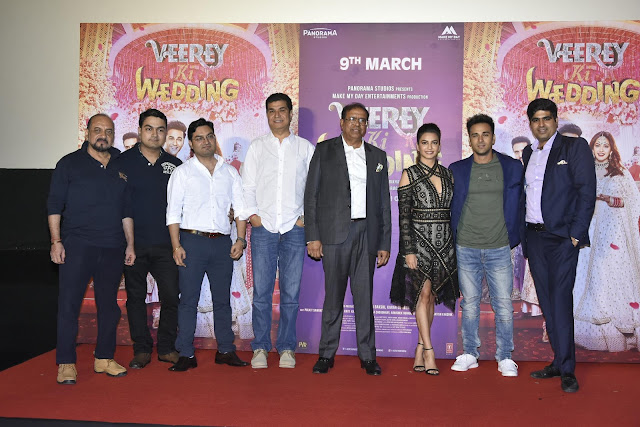