Sanjay Narvekar to do cameo in Partners on SAB TV

Sanjay Narvekar will appear in a CAMEO in Johny Lever’s PARTNERS-Trouble Hogayi Double alongside Kiku Sharada & Vipul Joshi. Sanjay is doing a Cameo of a deadly Psycho Criminal “Chhota Bunty” who escapes from Jail and threatens to kill Commissioner Gogol Chattarjee (Johnny Lever), because he had arrested him 5 years back.

Aditya (Vipul Roy) and Manav (Kiku Sharada) are given the case by the Commissioner and put Chotta Bunty behind bars before he kiss the commisoner. After many twits & turns and a comedy chase finally Chotta Bunty is caught but not before he threating the Commissioner that he will soon escape again kill him.  These special episodes will be telecast on Jan 8/9/10 on SABTV at 9.30pm. PARTNERS – Trouble Hogayi Double is Produced By Paritosh Painter.

PARTNERS follows Inspector Manav Anang Desai, a happy go lucky, bumbling Police Officer, and Inspector Aditya by-the-book Police Officer, as they are forced into forming an unlikely partnership. Aditya & Manav are a part of the Special Investigation Team headed by Commissioner Gogol Chaterjee. Aditya & Manav are diagonally opposite in there habits, behavior and line of thought. Though Commissioner Chaterjee is often irritated by Aditya & Manav's behavior but respects them for their amazing insight and observational abilities. Partners will be a BUDDY COP COMEDY SERIES. Aditya is initially infuriated at the thought of working with Manav and goes to great lengths to keep him out of his way. However, the two soon become best friends. The overarching plot of the series focuses on the romance between Manav & his girlfriend Dolly & also Aditya & Aayesha. Dolly & Ayesha are sisters who live with their widowed Mother Neena, a social activist. Neena is always on a look out for companionship which creates a lot of problems & misunderstandings in Dolly & Ayesha's life.
CAST are
Johnny Lever, Kiku Sharda, Vipul Roy, Shweta Gulati, Ayesha, Ashwini Kalsekar. 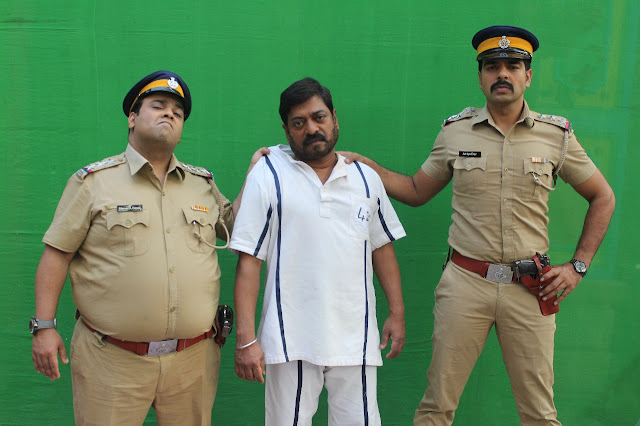