Nimrat Kaur starrer The Test Case - a show ahead of time

ALTBalaji announces launch date of much awaited and most loved show #ALTBalajiOriginal “The Test Case” this Republic Day 26th Jan 2018. Starring Nimrat Kaur the series has been one of the most talked about in 2017 and is eagerly awaited.  Those who watched 1st episode must recall that this show had Juhi Chawla as India’s Defence Minister much before India actually got its first woman Defence Minister! Amidst the buzz surrounding the show, the makers recently released its new trailer which is a whole new take on the series.

The show attempts to highlight relevant issues around women in combat roles in Indian army as Captain Shikha Sharma (Nimrat Kaur) in the show is first such test case and her struggles and battles with traditionally male dominated but highly revered combat arm of Indian Army.
In the recent years, women have been allowed to serve on submarines, in ground combat positions and tank units. In February 2016, President Pranab Mukherjee announced that women will be allowed to take up combat roles in all sections of the Indian Armed Forces, a move which was aimed towards gender parity in a male-dominated profession. While this move is quite new for India, countries like Denmark, Estonia, Finland, France, Germany, Lithuania, Netherlands, Norway, Poland, Romania, Sweden, Australia, Canada, New Zealand and North Korea have formally permitted women in combat positions.
Directed by Vinay Waikul, featuring Nimrat Kaur, Atul Kulkarni, Rahul Dev, Manit Joura, Suhail Nayyar, Akshay Oberoi, Samir Soni, Annup Soni and Juhi Chawla in prominent roles, The Test Case will be reporting back on the 26th January 2018 with all remaining episodes (season finale) on the ALTBalaji app and website. 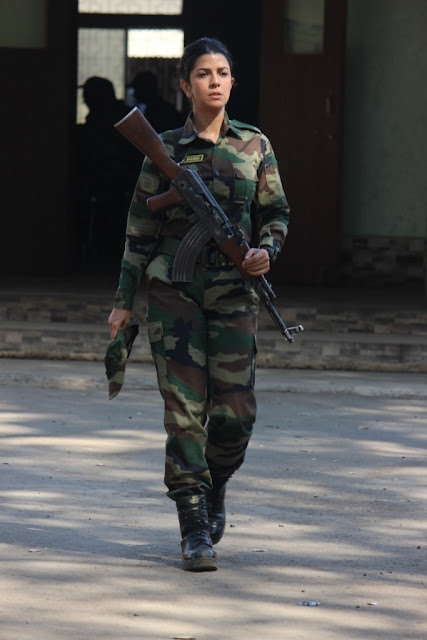