One of the most prominent women directors of Indian film industry, synonymous with parallel cinema, Aruna Rajesh received Rashtriya Gaurav Award from the President of India, Ram Nath Kovind on the 20th January and was felicitated as the ‘First Lady’, among fifteen women who excelled in their respective fields. The multiple award-winning director has been one of the first female technicians in the film business.

Being an alumnus of FTII and having helmed films such as Rihaee, Shaque and Gehrayee, the National Award-winner is continuing with her contribution to cinema by currently directing highly anticipated Marathi movie, Firebrand, bankrolled by Priyanka Chopra and Dr. Madhu Chopra’, Purple Pebble Pictures.
Spearheaded by Raje, Firebrand is a contemporary story about relationships and the highs and lows people deal with in their lives.
On earning the award Raje said, “I am delighted to receive the recognition for being the first woman technician in the Indian film industry.
Women have extraordinary capabilities and I personally believe that nothing is impossible for them. It is great that women are breaking new ground every day. For me, I love challenges & 'the sky is not the limit'!” 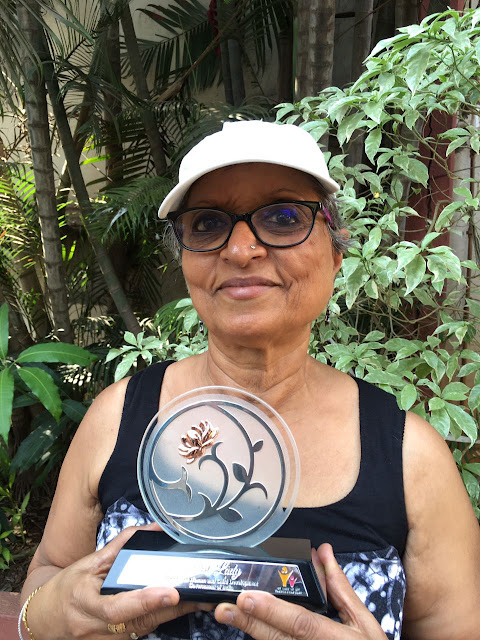