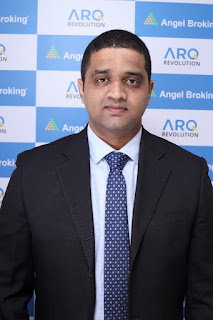 Gold ended higher by 0.52% and closed at $1887.2 per ounce as President Trump’s demand for additional stimulus boosted appeal for the yellow metal.

President Trump called off negotiations over further stimulus aid until upcoming presidential elections. He further asked Congress to infuse $25 billion in the new payroll assistance to U.S. passenger airlines. The move was initiated to help thousands of workers to maintain their job.

Furthermore, a weaker Dollar and widening impact of COVID-19 increased appeal for the yellow metal among the investors. Gold prices are expected to trade higher on MCX in today’s session.

WTI Crude declined by over 1.7% and closed at $40.2 per barrel as U.S. Crude inventory levels surged and clouded demand outlook for Oil. However, worries over lingering Crude supply limited the decline.

The Energy Information Administration reported a marginal increase by 501,000 barrels in U.S. Crude inventory for the week ended 2nd October ’20.

The losses in Crude prices were further limited as Hurricane delta approached the U.S. Gulf Coast. This forced the energy companies to shut around 17% of U.S. Crude output to prevent damage.

Six Norwegian offshore oil and gas fields closed on account of strike triggered by failed talks between the union and Norwegian Oil and Gas Association. The strike risked an output of 330,000 barrels of Oil per day further supporting Crude Oil prices.

The Hurricane Delta approaching the Gulf of Mexico resulted in a halt of approximately 1.5 million barrels per day output which might support the Crude prices today. Oil prices are expected to trade higher on MCX in today’s session.

Most LME metals ended in the green amid stimulus aid for payroll assistance by President Trump. A weaker U.S. Dollar further supported the industrial metal prices.

However, worries over the second wave of the coronavirus and weaker demands due to a weeklong Chinese holiday kept the prices in check.

According to the reports released by the National Bureau of Statistics, China’s official manufacturing Purchasing Managers’ Index stood at 51.5 in September’20 further supporting base metal prices.

LME Copper ended higher by 2.28% and closed at $6679 per tonne amid upcoming negotiations in Chinese mines having a combined capacity of 2.8 million tonne. Hopes over additional stimulus aid by the U.S. and increased demand from China might extend support to industrial metals. Copper prices are expected to trade higher on MCX in today’s session.