Communication and emotional gap has ignited the addiction of drugs, which leads to the paralysed power to think - Gabriel Vats 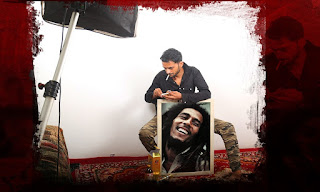 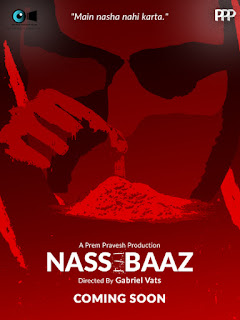 The writer - director and actor Gabriel Vats is coming up with a film Nassebaaz that deals with the darker side of rehab centre. As we know and believe if someone who is addicted to overdose of drugs is send to the rehab centre to get cured but the story behind the gate of rehab centre is quite unknown, dark and miserable.
On discussing the film, Gabriel Vats said Nassebaaz is based on the darker side of rehab centre. Lately, the government had ordered to shut down the rehab centres and made strict law for their license. He studied different cases of rehab centre and came to know about the depressing reality of the rehabilitation centre. He further said the rehab centre mentally and sexually tortures the patients. In almost cases, the patients either commit suicide or take revenge against their parents. He said that today’s communication and emotional gap has ignited the addiction of drugs, which leads to the paralyses of the power to think. This gap in family often leads to loneliness and further depression and addiction.

He further said that today the youth are forgetting their own culture while accepting the western culture. He believes that the youth is grown up enough to understand the difference between good and evil. Actually society doesn't encourage anyone, its their own choice to go in this swamp and get addicted. Gabriel further added this type of subject rarely gets any attention. The film is based on the true story of a rehab centre. Prior to this Gabriel Vats had brought up a film based on the male pregnancy “I am Mr.Mother”.Gabriel believes to bring up such topic which doesn’t get any limelight.
The film Nassebaaz is an intense coming of age drama film. Certain diseases have no remedies and especially if it's addiction to drugs, coupled with depressive tendencies on the mental plane, then it's a lethal combination, in this present scenario. Addiction always becomes the reason to hide some pain and that reason unknowingly becomes a habit with time.
The general conception or  reality which even though seems bright, is actually quite contrary a dark side to it and yes it's the  rehab centre and the reality inside, revolving around Aditya's life is mostly the film is all about. Aditya is an ambitious guy having love for music to express his emotional quotient, without being much talkative, used to be the centre of attraction for many.
Aditya and Alankrita a flautist, who happened to vibe well over music, turned out to be for each other. The agonizing death of his lover Alankrita left Aditya devastated. Life was a big void and seemed meaningless for Aditya and ultimately got addictive which led him to the rehab. The film caters the reality of the rehab centre, with the kind and dynamic psychiatrist Sandhya who went out of her way to set things right for Aditya inside the rehab. Everything went in vain as Aditya subsequently succumbed to death.