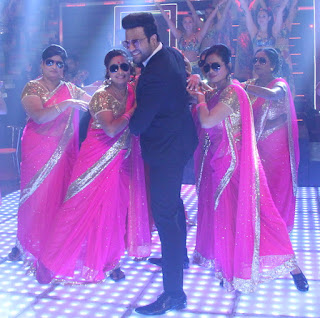 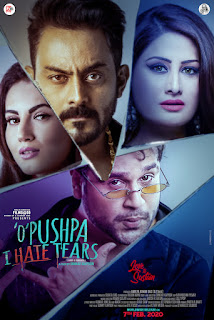 29th December marks the birthday of the legendary actor Rajesh Khanna, who is referred as the “First Superstar" of Indian cinema. Many Bollywood stars and fans are remembering him, popular actor of television and film Krushna Abhishek is sharing the fan moment of Rajesh Khanna in a very interesting way this year. Krushna Abhishek’s upcoming film O Pushpa I hate tears is ready for release. The name of the film is based on the prominent dialogue from Rajesh Khanna's cult film Amar Prem.On this occasion, actor Krushna Abhishek has sung the title track of the film Amar Prem.
Under the banner of Films@50 in association with Wavelength Studios, ‘O Pushpa I hate tears’ is a unique combination of suspense, thriller and comedy. The film's story is written and directed by Dinkar Kapoor and produced by Amulya Das and Sujata Das, co-produced by Ratan Mani.  Actor Krushna Abhishek, Karthik Jayaram, Arjumman Mughal & Anusmriti Sarkar are the leads in the film. The film is written by Adesh K. Arjun.

Music of the film is given by Ramji Gulati and lyrics by Kanwar Juneja, Pahwa and Mack. Cinematographer Arvind Sinh Puvar and Nilabh Kaul and the film is edited by Rajesh Shah. Action by Kaushal-Moses and choreography by Lollypop. Sound design by Jitendar Sekhon, Executive producer Raja Saw and J.P. Krushna Abhishek playing the role of Shyam and Arjumman Mughal playing as Pushpa will be seen as leads in the film. South Super star, Karthik Jayaram is also playing an important role in the movie. In the other important roles of the film Anang Desai, Pradeep Kabra, Jimmy Moses, Meelisa Pais, and Akhilendra Mishra, etc will be seen. As the first look of the film, second poster also looks very promising and ‘O’ Pushpa I hate tears is all set to release next year on 07th February, 2020.
On this occasion Krushna Abhishek quoted, "I am a big fan of Rajesh Khanna. When the director gave me the idea of the title song of this film, I once thought that it is difficult for me because I have never done a playback singing for any film." But my love for Kaka and with the help of the creative team of the film made it possible, as well as in this song you will see the signature step of Rajesh Khanna.
By Santosh Sahu
Share to: