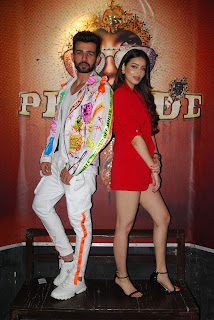 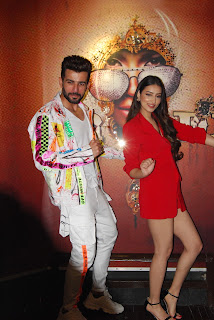 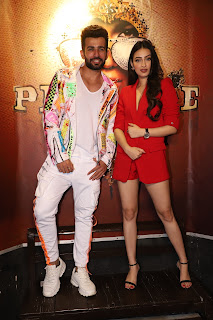 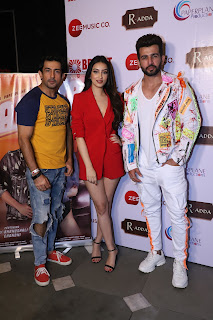 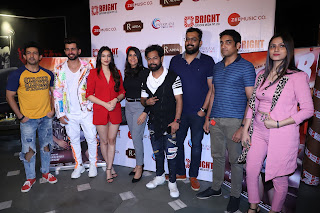 Mumbai : The romantic peppy song has always been liked by the music lovers. The song Jaguar wali Kudi launched on 4th July, 2019 at R Adda, Juhu with much fanfare.
The famous television actor and hearthrob of many youngsters Jay Bhanushali, who has done many TV shows like Qayamat, Kairi Rishta Khatta Meetha, Nach Baliye, Dance India Dance and films like Hate Story 2, Leela Ek Paheli, Deshi Katte' is going to be seen charming and romantic in his upcoming music album “Jaguar wali Kudi” with Chandni, the winner of “The Indian Princess 2014”. The event was attended by Jay Bhanushali, Chandni, Director Aslam Khan, singer Ankit Rajput and Sandy.
The song is sung and composed by the melodiously gifted Bollywood singer Ankit Rajput along with Sandy and the music is done by the talented music director Shobayy. The song is directed by Aslam Khan and produced by Paperplane Productions.
This song features Jay Bhanushali as the lead actor who is trying to impress his enchantingly beautiful Co-actress Chandni. This Peppy Song describes a chocolate boy who meets a mesmerizing young girl and both of them fall in love with each other at first sight. The guy identifies the girl as "Jaguar Wali Kudi" since their introduction has not been done yet, so he sings to her about her nose ring and her Bangles, trying to appreciate her and becomes successful in impressing her throughout the song.
Director Aslam Khan said, "It was an absolute thrill shooting this fun filled party song which is a total club banger, and you can play it around in your cars, make tik-tok videos of it and also the lyrics are pretty friendly and you can dedicate it to your loved one's too.
Actor Jay Bhanushali quoted "Jaguar is one song that I heard and immediately said a yes as I knew THIS IS IT...was just waiting to shoot for the song and groove on it. Jaguar is the kind of Punjabi hip hop song I would like to listen just anywhere and I am sure every where this one's gonna win people's heart. It will be the song of the year.
On this occasion Chandni quoted
Jaguar is today's song and I am sure it will be played on loop by music lovers.
“Jaguar wali Kudi” music video is produced by Paperplane Productions and released by Zee Music Company. Whilst the ravishing and splendid video is made by the trend setting music video director- Aslam Khan, who just finished some projects with Sara khan, Angad Hasija and other very prominent TV actors and celebrities.
Jaguar wali kudi music video launch event has been hosted by the famous RJ Roshan and many TV celebs were also present at the launch party.
By Santosh Sahu
Share to: