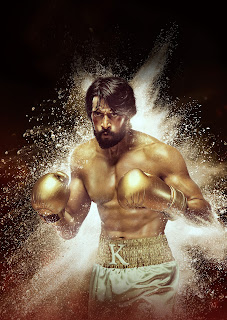 Zee Studios’ upcoming action drama Pehlwaan, headlined by superstars Sudeep and Suniel Shetty has everyone awaiting the film’s release ever since the teaser was first unveiled. The film will release in 2500 screens on September 12, 2019 across India, making it the biggest release for any Kannada film.
Directed by Krishna and produced by Swapna Krishna, presented by Zee Studios, this action drama will be releasing in 5 languages including Hindi, Kannada, Tamil, Telugu and Malayalam across India. With a perfect mix of action, drama, and comedy, Pehlwaan is the universal story of a wrestler who fights for pride, love and his sport; a perfect family entertainer.
Director Krishna, while talking about the film shared, “The movie has a universal theme, and will hit the bull’s eye with all the heart it has in it. We are very happy about the film’s release, especially the fact that the film will be releasing in 5 languages.
By Santosh Sahu
Share to: