HAUSLA - Unite together to fight against Cancer 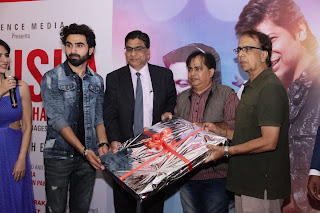 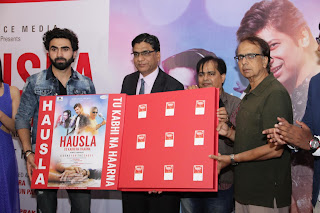 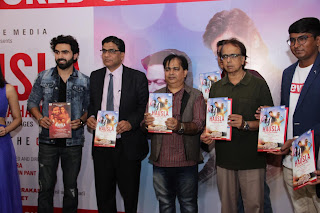 World Cancer Day is a singular initiative under which the entire world unites to fight against global cancer epidemic. It takes place every year on 4th February. This Day aims to save millions of preventable deaths each year by raising awareness and educating people about cancer.
With a vision and mission to encourage and motivate the cancer patients and their care givers, Axiommax Oncology Pvt. Ltd. and  Cadence Media has brought out a Music Album named HAUSLA, which is being released in the public interest. The song is available in five languages—Hindi, Marathi, Bengali, Tamil and Kannada. Shaan rendered the voice in Hindi, Bengali and Marathi and Mr. Vijay Prakash in Tamil and Kannada. The Choir was arranged by Anjali Khandelwal, Marian Samantha, and Vijay Prakash (Tamil and Kannada). The original Hindi Lyrics was written by Ravi Basnet. The translation into other languages was done by K.K. Sharma and Amruta Samant (Marathi), Sunondo Mitra (Bengali), Ramakrishna Narayanan (Tamil), Arusha Shetty (Kannada). The artists who rendered the music include Varun Sumbly (electric guitar), Hitesh Mishra (acoustic guitar), Srikant Niwaskar (Keyboard),  Suprano (English flute) and I D Rao (flute). The production assistant is Soumya Jyoti Pratihari.
HAUSLA was conceived by Hitesh Mishra who also composed the music as well as directed the music video. He was assisted by Vikas Pant, Aman Kotak, and Sitanshu Khamari. The programming, recording, and mixing was done by Varun Sumbly. The Production team include Pradyumna Lenka and P.K. Bahera.
The Cast of the Album are Sahil Chhabra, Shezray H Mirza, Prithavi Raj Nayak, Nitu Sing, Namrata Das, Aman Kotak, and Hari Shankar Meher.  Media PR is Alok Gupta (Imaginem Media).
Hitesh Mishra said that he learned Tabla and Guitar at the age of 4 and 11 year respectively. He pursued Science and obtained his Bachelor’s degree in Botany (Hons) and worked as a software developer. He moved from Odisha to Mumbai in 1996 and started the journey as a guitarist with Hariharan and other eminent singers. Since 2002 he has been arranging and directing music for commercial productions and Bollywood singers. He has composed various commercial jingles and has worked as an Associate producer in the feature film OASS which bagged nine international awards in 2013. Today he has his own entertainment media company known as CADENCE MEDIA and he is quite passionate about music composition for a cause that would bring a smile on everyone’s face.
He said that although he is entering into film direction and production, but his soul is always tied to music as he visualizes every creative step through music. He always wanted to do something for a societal cause and Hausla provided that opportunity. This music is for cancer patients who are suffering from the deadly disease. Through Hausla he tries to motivate them and boost their willpower while conveying the message that life is beautiful, cancer is preventable, and we must never give up. When words fail music speaks.

Mr. Anil Kumar, CEO, Axiommax Oncology said, “We believe that access to life-saving cancer diagnosis, treatment and care should be equal for all – no matter where you live, what your income, your ethnicity or gender. We also believe that individual, together can create change. Our CSR activity, under AXIOMMAX FOUNDATION, We are sure, that this gesture of goodwill will certainly go a long way to boost the morale of those, who are suffering and give us all, the satisfaction of sharing the emotions, the pain, the agony, the sufferings and the feelings of the cancer patients and their families. We plan to do a number of awareness and detection campaigns in collaborations with leading cancer Institute’s & NGO’s.
World Cancer Day was born on the 4 February 2000 at the World Summit Against Cancer for the New Millennium in Paris. It aims is to promote research, prevent cancer, improve patient services, raise awareness and mobilize the global community to make progress against cancer, and includes the adoption of World Cancer Day.
Axiommax Company profile—
‘Axiommax Oncology Pvt. Ltd has made a very humble beginning in August  2016 with a vision to achieve excellence in global Healthcare Industry through top quality, best service and maximum care. Axiommax mission is to offer a wide range of axiomatic quality products to treat cancer and its complications thus making the lives of cancer patients & their caregivers more meaningful & better.
By Santosh Sahu
Share to: