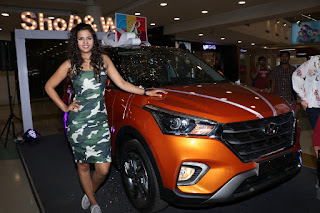 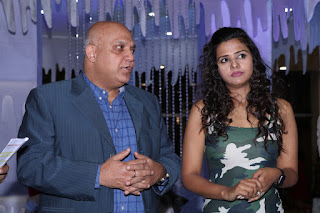 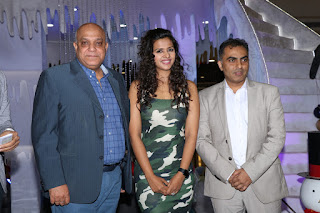 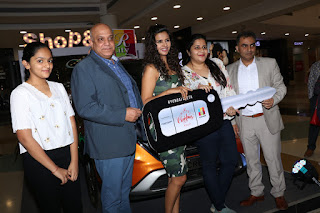 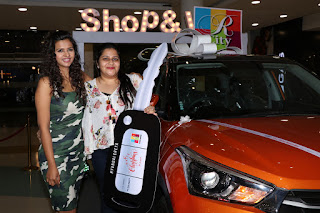 Mumbai, R City Mall, the biggest mall in Mumbai to shop for branded clothes & lifestyle products just had its massive prize distribution to close the grand, "White Christmas" festival, which ran for 4 weeks, was celebrated with the Christmas and New Year fever. The gifting ceremony of the bonanza saw Dalljiet Kaur, television actress in attendance to hand over the prizes to the lucky winners. R City gave away prizes worth INR 50 lacs which included a brand-new Hyundai Creta car, television sets, mobile phones & gift vouchers to over 25,000 customers.
The flamboyance of a celebration also saw open air movie screening for 1000 kids, kids Christmas party for around 500 kids, grand santa parade, special toons meet & greet in association with cartoon network, Kids’ RJ hunt in association with fever 104, Christmas special workshops & much more.
White Christmas at R City had its special interactive decoration which became talk of the town.
Mr. Rajiv Malla, CEO, Malls - Runwal Group, says, “They say that Christmas is incomplete without gifts and that is absolutely true. We had something for everyone. We received an overwhelming response from our customers. We are delighted to have gotten a record-breaking footfall of 12 lacs during the Christmas season.
Mr. Santosh Pandey - Head, R City Mall, says, “R City Mall believes in putting the customer first, always. This kind of seasonal celebrations have been planned to keep the customer experience and customer gratification in mind, and definitely, we received a massive response of appreciation from our most loyal customers. We will be planning for more rewarding campaigns in the upcoming year for all.
White Christmas shopping festival at R City saw more than 25,000 eager participants for the shop and win contests, as well as over 50,000 raffle coupons, were filled. The traditional Indian touch added to the delight of the customers. It was a memorable Christmas for all the winners and of course their friends and families as well.
By Santosh Sahu
Share to: