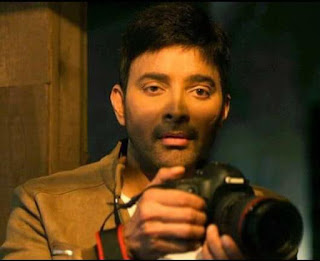 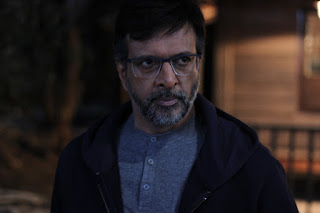 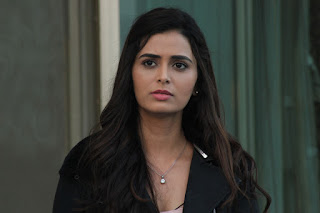 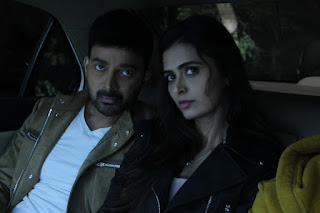 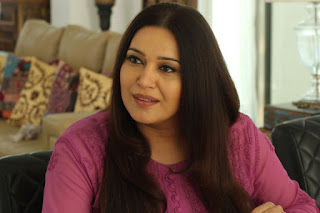 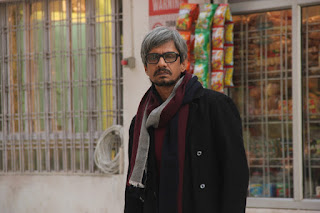 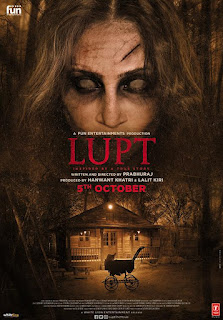 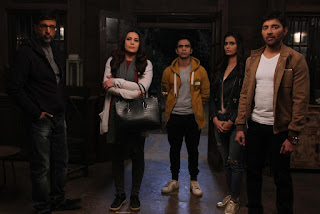 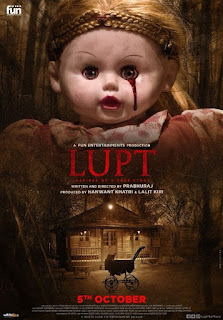 LUPT is made by under banner Fun Entertainments Written and Directed by Prabhuraj , Produced by Hanwant Khatri and Lalit Kiri , Cinematography by Prakash Kutty , Edited by Deven Murdeshwar , Background Music by Amar Mohile , Music by Siddharth Parashar , Action by NK Ravi and Palli Harpal Singh , Costume design by Nikita Naidu and Art by Manish Kolte.

Synopsis -
Lupt is a sinister, uncanny, hair‐raising journey into the realms of the unknown.
Harsh Tandon ( Jaaved Jaafery ) is a prominent and a successful businessman in his fifties. He is so engrossed in his business that he seldom finds time for his family and a vacation is long pending. On the insistence of his family, he somehow manages to take time off his busy and hectic schedule and agrees, rather reluctantly, to go for a vacation with them.
Tanu ( Meenakshi Dixit ), his elder daughter, is an up and coming model and is in love with Rahul ( Karan Aanand ), who is a fashion photographer and is trying his best to promote her carrier. Though Tanu and Rahul are passionately in love with each other, Harsh has not yet approved of their relationship. But still, on Tanu’s mother’s Shalini ( Niki Walia ) insistence, he allows Rahul to join them for the vacation. Tanu’s younger brother, Sam ( Rishab Chaddha ), is a happy go lucky type and a prankster.
As they proceed on the road trip to their destination, they see a traffic snarl due to an accident. Harsh, who hates waiting, decides to take a roundabout route and gets into a road familiar to him, which is a shortcut to their destination. Shalini is not in favor of taking a short cut. She argues with Harsh, while Tanu and Sameer are engaged in a petty quarrel of their own.
A stranger ( Vijay Raaj ) on the road, whose car has broken down, asks for a lift. But due to his rude and ill-mannered attitude they leave him behind and drive on. The road they are driving on is absolutely deserted and pitch dark. Their car breaks down, and to their utter shock, they see the same stranger whom they left behind arriving at the spot. They have no choice but to take shelter at the stranger’s outhouse nearby.
For a short while, everything goes smoothly, and then things ‐ weird things ‐ start happening.
As the deathly still night progresses, they start experiencing some extraordinary, spooky and terrible happenings. First apprehension, then fear and finally stark-naked terror engulf all of them as the ghoulish, hideous shadow of death follows hot on their footsteps.
Harsh is in a terrible trauma as he sees the members of his family being killed one after another by some unknown force. He tries to fathom the mystery as the horrible, repugnant, awful journey continues and culminates in a nerve-shattering climax.
By Santosh Sahu
Share to: